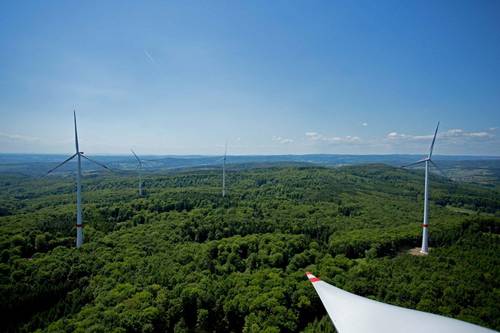 BVT Holding GmbH & Co. KG and ROMO Wind Deutschland GmbH announced the signature of an agreement on improving the wind farm performance by measuring and correcting the yaw misalignment with the iSpin technology in the wind farm Sustrum-Renkenberge in Niedersachsen / Germany consisting of 16 wind turbines of the type NEG Micon NTK 1500/64/80.

Dr. Claus-Eric Gärtner, Managing Director of the BVT Windpark Sustrum Renkenberge GmbH & Co. KG says: “We are more than happy to ensure that we are tapping now the full potential of our wind turbines while at the same time reducing loads and therefore repair and maintenance costs”.

“For ROMO Wind this is another important step to establish the iSpin technology as a standard retro fit tool for measuring and improving wind farm performance” as explained by Karl Fatrdla, General Manager, Romo Wind Deutschland GmbH.

The patented iSpin technology is a unique, efficient and highly cost-effective technical solution for detection, correction and permanent monitoring of yaw misalignments, other flow inclination angles, and accurately determining the free wind speed as well as turbulence intensity on a wind turbine. The technology is included in the IEC 61400-12-2 and the intention is that it will be used to monitor absolute power curves according to this standard in the near future.

BVT is a well experienced asset manager for wind farms with a portfolio of more than 160 MW and 26 years’ experience. BVT is developing, building and managing wind farms for private as well as institutional and strategic investors. Presently BVT develops more than 100 MW further projects.

ROMO Wind is a Danish/Swiss product led technology company backed by highly acknowledged investors like Yellow & Blue and ABB. ROMO’s business is to optimize the production and reduce the loads of wind turbines using the patented iSpin technology.