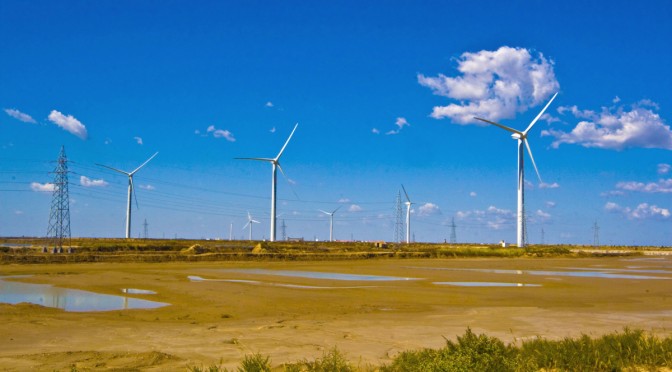 China saw robust development of wind power in the first half of this year while the European green sector struggled, according to data from an industrial expo on Wednesday.

More than 7 gigawatts of wind power generating capacity was connected to the state grid by the end of June 2014, representing an increase of 30.37 percent year on year, according to China Wind Power 2014, which opened in Beijing Wednesday.

After explosive growth in the past decade, global wind power faltered last year in installed capacity as European nations, the industry’s main market, cut government subsidies to the sector in the wake of the European sovereign debt crisis.

In contrast, the Chinese government has increased its support to the green sector through subsidies and tax breaks in a bid to boost the use of non-fossil fuel to reduce pollution and address global climate change.

The global wind power sector will be back on a fast track soon as the U.S. market recovers and emerging economies catch up to tap green energy, Li said.