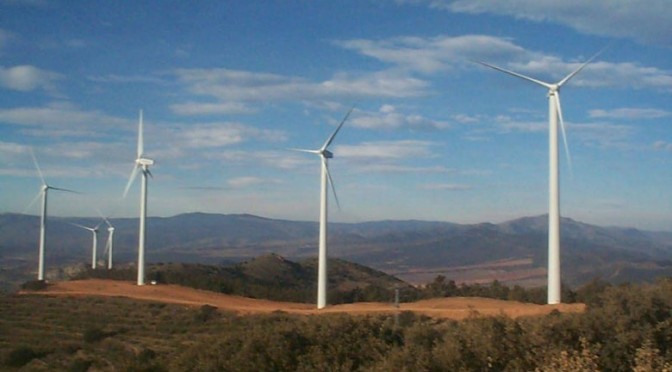 The Inter-American Development Bank (IDB) has approved a loan of up to $42.2 million from its ordinary capital to help the private sector in Uruguay finance the development, construction, operation and maintenance of a 48.6 MW wind farm and its associated facilities.

The Kiyú wind farm will be located in Paraje Barrancas de San Gregorio, in the department of San José, and will generate approximately 187,900 MWh of renewable energy per year, meeting the needs of 67,753 consumers.

“The Bank continues to support the wind power sector in Uruguay as we have from the outset, with the financing of several projects that have helped the sector post considerable growth in the past few years,” said Jean-Marc Aboussouan, Chief of the Infrastructure Division of the Structured and Corporate Finance Department at the IDB.

The farm will be developed by Cobra Ingeniería Uruguay SA and generate energy at a price that is competitive with other sources of energy in that country, helping diversify the energy mix, easing the energy sector’s dependence on fluctuating hydrological conditions, and cutting CO2 emissions by 122,135 tons a year as fossil fuels are replaced by renewable energy.

Furthermore, the project supports the entry of a new player into the wind power sector in Uruguay and an increase in the private sector’s stake in the energy market.

Currently, roughly 45 percent of Uruguay’s installed capacity corresponds to hydroelectric power, 38 percent to thermoelectric plants and the remaining 17 percent to renewable energy (12 percent to energy from biomass, 5 percent to wind power and a small fraction to solar power).

By 2017 Uruguay is forecast to reach an installed capacity of 30 percent in non-conventional renewable energy sources. That could substantially change its energy mix, offering environmental advantages and reducing electrical utility rates for final consumers.

The Structured and Corporate Finance Department (SCF) leads all IDB’s non-sovereign guaranteed operations for large-scale projects, as well as those linked to companies and financial institutions. Through its Loan Syndication Program, SCF acts as a catalyst, helping to engage third-party resources by partnering with commercial banks, institutional investors, co-guarantors and other co-lenders for projects with high development impact.