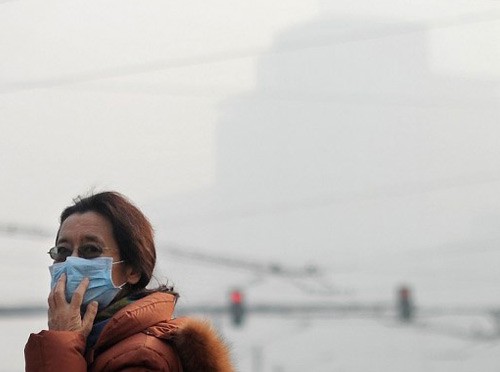 World carbon dioxide emissions will hit a record high this year, driven by China’s growth and keeping the world far off track from the deep cuts needed to limit climate change, a study said on Sunday.

More than half of proven fossil fuel reserves may have to stay in the ground if governments are serious about a promise made in 2010 to limit a rise in average temperatures to 2 degrees Celsius (3.6F) above pre-industrial times, the Global Carbon Project report by leading research institutes said.

Emissions of carbon dioxide from burning fossil fuels and cement production will climb by 2.5% to a new record 37.0 billion tonnes in 2014, according to the report issued before a United Nations climate summit in New York on Tuesday. Emissions of the main greenhouse gas rose 2.3% in 2013 to 36.1 billion tonnes, said the report, which was published in the journal Nature Geoscience.

“A break in current emission trends is urgently needed,” according to the report by experts in Britain, Norway, Switzerland, Austria, Australia, Germany and the Netherlands.

Emissions by China alone, which overtook the United States as the number one carbon emitter in 2006 amid fast industrial growth, have soared to eclipse those of the US and the European Union (EU) combined, it said.

The report puts 2014 world carbon emissions 65% above levels in 1990, despite repeated promises of curbs and a shift to renewable energies such as wind and solar power as part of policies to avert more floods, heatwaves and rising sea levels.

The study said the 2C goal was slipping out of reach. Temperatures have already risen by 0.85 C (1.4 F) since the Industrial Revolution.

UN Secretary-General Ban Ki-moon will host a summit on September 23 of more than 120 world leaders, hoping for “bold pledges” as part of work on a UN deal due to be agreed in Paris at the end of 2015 to limit global warming.

The study estimated that the world could only emit a total 1,200 billion tonnes of carbon in the future – about 30 years at current rates – to keep warming below 2°C.

“If this were a bank statement it would say our credit is running out,” said Dave Reay, a professor of carbon management at the University of Edinburgh who was not part of the study.

A UN panel of climate experts says that it is at least 95% probable that manmade emissions, rather than natural variations in the climate, are to blame for rising temperatures.

“China is taking the lead, but this is a global problem,” Corinne Le Quere, director of the Tyndall Centre at the University of East Anglia and a lead contributor to the report.

Beijing argues that emerging economies need to burn more energy to help end poverty. That argument is losing credence because even its per capita emissions overtook those of the average EU citizen in 2013, the study said.

The study said world emissions would have to fall by more than 5% a year to achieve the 2°C goal. Cuts would be less if the world develops technologies to bury carbon dioxide.

Such global cuts would be unprecedented. Among national successes, France and Sweden managed cuts of four% a year in a shift to nuclear power in the 1970s, said Glen Peters, an author at the Centre for International Climate and Environmental Research in Oslo.