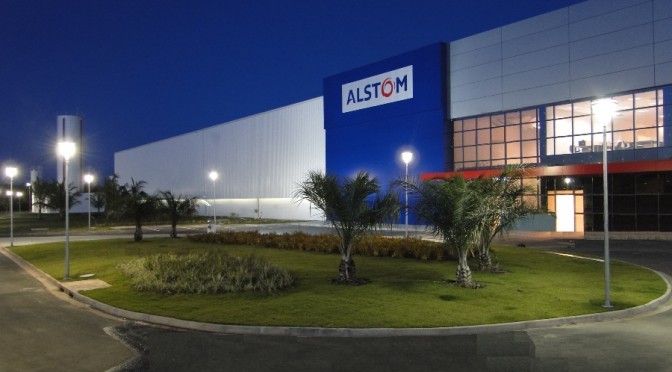 Alstom’s announces the third shift of its wind turbines factory located in Camaçari, State of Bahia, Brazil, which will now reach a total manufacturing and assembly capacity of up to 900 MW per year. When the factory was inaugurated in 2011, its total production capacity was 300 MW. This was enhance in 2012 to 600 MW. Three years after its inauguration, the factory has thus tripled its capacity. As a consequence, the additional investment in Camaçari unit will be worth €3 million in the next 4 months.

The production growth will lead to an upgrade of the existing production. This extension supports the local power market and the increase of wind power solutions demand that is growing fast in the recent years, especially in Brazil.

“This expansion proves Alstom’s commitment to build a wind cluster in Bahia State and to help the Brazilian market to have a sustainable and green energy matrix”, says Pierre-François Chenevier, Vice President of Wind business in Alstom Latin America.

In Camaçari, Alstom produces nacelles and hub, using the technology of the ECO 100 platform wind turbines, which features state-of-the-art know-how in the concept of wind power production. With rotors featuring diameters between 100 and 122 meters (the reaching range of the ECO 100 wind turbine), the ECO 100 turbine offers high yield and leading efficiency in all wind classes. It is particularly well adapted to the Latin American market: ECO 110 is suitable for medium and strong winds and ECO 122 matches perfectly with medium and low regular winds of Brazil. A single ECO 122 or ECO 110 turbine can avoid the production of up to 7 thousand tons of CO2 a year.

Alstom builds and operates wind farms globally – more than 2,600 turbines are currently installed or under construction in more than 200 wind farms, delivering nearly 5,000 MW. Alstom designs and manufactures onshore wind turbines in the range from 1.67 MW to 3 MW, providing solutions for all geographical and climate conditions.