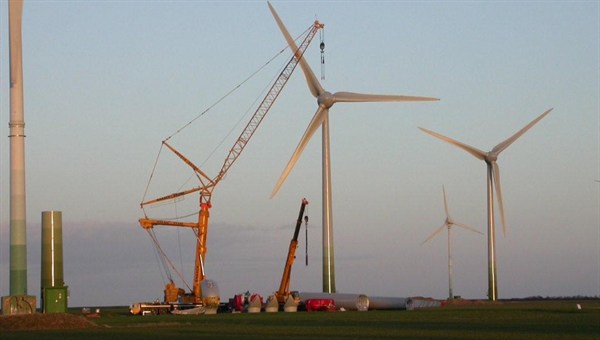 German onshore wind power grew strongly in the first half of 2014, ahead of the country’s adjusted law on renewable energy development coming into force in August, data from industry groups showed on Tuesday.

In the first half of 2014, onshore wind turbines with some 1723 megawatts of capacity were installed, German Engineering Federation (VDMA) Power System and German Wind Energy Association (BWE) said in a joint statement. Compared with the new installation of 1038 megawatts during the same period of previous year, onshore wind power grew by 66 percent.

Experts attributed the strong growth to the new Renewable Energy Act (EEG) which would come into force in August. According to adjusted policy, which aimed to control the country’s surging electricity prices, Germany would reduce its subsidy to renewable energy. New onshore wind turbine installation would be limited to 2500 megawatts per year from 2015.

“Investors were not sure what the effect of the EEG would be in 2014, they have rushed to finish their onshore wind power projects,” said Lars Bondo Krogsgaard, a board member of VDMA Power System.

According to the joint statement, in the first two quarters of 2014, at least 260 megawatts of new capacity was added to replace old turbines. For the whole year of 2014, new turbines with capacity of 3300 to 3700 megawatts would be installed.

“By the end of the year, Germany will probably have 26,000 turbines with an installed capacity of at least 37,000 megawatts connected to the grid,” said BWE President Hermann Albers.