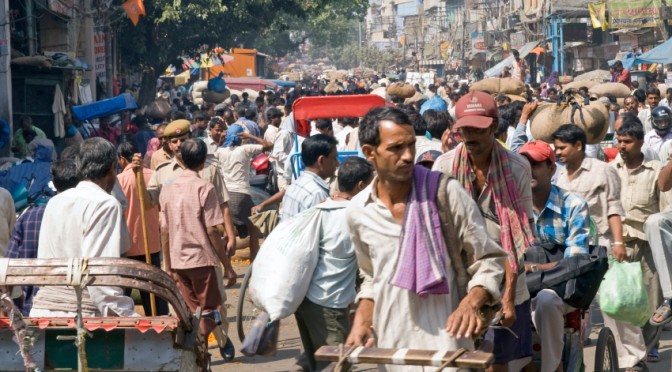 The world population took until the start of the 19th century to reach 1 billion people. As population growth has picked up momentum, we have passed new milestones much more quickly. In 2011, the world reached 7 billion.

Tonight 219,000 people will be at the dinner table who were not there last night—many of them with empty plates.

With populations stabilizing in much of the industrial world, almost all population growth in the near future is expected to occur in developing countries.

A major consequence of explosive population growth is that human demands outrun the carrying capacity of the economy’s support systems—its forests, fisheries, grasslands, aquifers, and soils.

Half of the world’s people now live in countries that are depleting their aquifers by overpumping, including China, the world’s most populous, and India, which is expected to surpass China by 2028.

Nigeria, geographically not much larger than Texas, now has 178 million people and is projected to double by 2041, reaching 440 million in 2050.

Ethiopia, one of the hungriest countries, could grow from 96 million to 188 million by 2050.

Pakistan, with 185 million people living on the equivalent of 8 percent of the U.S. land area, is projected to reach 271 million by 2050—nearly as many people as in the United States today.

More than 200 million women around the world like to prevent or delay pregnancy but lack access to family planning information or effective contraception.

Iran experienced one of the fastest rates of fertility decline in world history, dropping growth from 4.1 percent in 1985 to 1.3 percent in 1995 by supporting education and family planning.

Worldwide 44 countries, including nearly all those in both Western and Eastern Europe, have reached population stability as a result of gradual fertility decline over the last several generations.