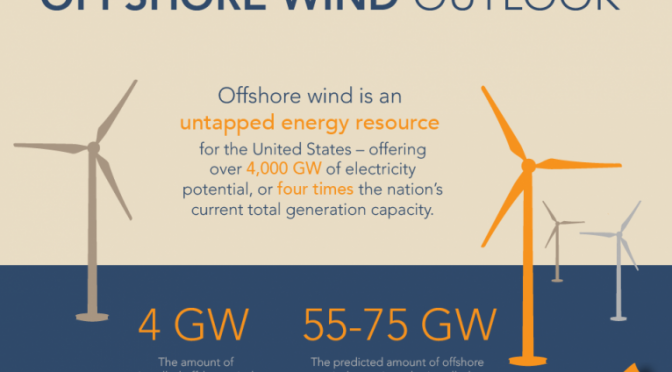 The US government took a giant step today to ensure the success of Cape Wind. The United States Energy Department gave the offshore wind power project a guaranteed $150 million which raises to $1.45 billion the amount needed to build the renewable energy project in Nantucket Sound which will supply 75 percent of the electricity needs for Cape Cod and the Islands.

The Department of Energy today announced the first step toward issuing a $150 million loan guarantee to support the construction of the Cape Wind offshore wind project with a conditional commitment to Cape Wind Associates, LLC.  If constructed, the project would be the first commercial-scale offshore wind facility in the U.S., with a capacity of more than 360 megawatts (MW) of clean energy off the coast of Cape Cod, Massachusetts.
“In just the last year, eight projects in the Department’s Loan Programs Office have become fully operational, including one of the world’s largest operating photovoltaic solar power plants, the world’s largest concentrating solar power plant, and a vital Western transmission line,” said Secretary Ernest Moniz. “These innovative projects are delivering clean, renewable energy for American consumers today and are helping to diversify our energy portfolio. The Department’s loan guarantees have assisted the launch of new industries in the U.S., and today’s announcement of a conditional commitment to the Cape Wind project demonstrates our intent to help build a strong U.S. offshore wind industry.”

The U.S. Department of Energy’s announcement today of a conditional commitment for a loan guarantee for Cape Wind is a significant step for this first-in-the-nation offshore wind energy project,” said Massachusetts Governor Deval Patrick. “Offshore wind will not only provide a new, clean source of energy for the United States, it will reduce American reliance on fossil fuel, mitigate climate change and jump start a new U.S. industry that will create thousands of clean energy jobs.”

“This funding will help Massachusetts make energy history and continue our leadership as a clean energy jobs hub for the entire nation,” said Senator Edward J. Markey. “This kind of public-private partnership is exactly what these energy funding programs are designed to do, demonstrating leading-edge, potentially planet-saving technologies while creating good American jobs.”

“Today’s announcement through the U.S. Department of Energy marks real progress toward getting steel in the water and providing Southeastern Massachusetts with a monumental source of clean energy. With this conditional agreement, Cape Wind is one step closer to completing its financing and commencing construction in the near future,” said Representative William Keating. “As a strong advocate for the development and deployment of renewable energy technologies, I am proud to have supported Cape Wind’s efforts to secure this critical federal support. With successful completion of Cape Wind comes the potential to supply three-quarters of electricity used throughout Cape Cod and the Islands with zero net pollution emissions – all while creating permanent jobs throughout the region. Already, Massachusetts is a proven leader in investing in clean energy sources, and I will continue to support efforts to expand Massachusetts’ leadership in this field.”

The proposed Cape Wind project would use 3.6-megawatt offshore wind turbines that would provide a majority of the electricity needed for Cape Cod, Nantucket and Martha’s Vineyard, and would create approximately 400 construction jobs and 50 operations jobs.
Today’s conditional commitment is an important step towards issuing a $150 million loan guarantee to support construction of the project. The Department will continue to monitor the project’s development and work to reach final agreement before closing the loan guarantee.
Under the proposed financing structure for the Cape Wind project, the Department would be part of a group of public and private lenders. This co-lending arrangement will help build private sector experience with offshore wind projects in the U.S. while reducing taxpayer exposure.

Currently, the Department’s Loan Programs Office (LPO) supports a large, diverse portfolio of more than $30 billion in loans, loan guarantees, and commitments, supporting more than 30 closed and committed projects. The projects that LPO has supported include one of the world’s largest wind farms; several of the world’s largest solar generation and thermal energy storage systems; and more than a dozen new or retooled auto manufacturing plants across the country.