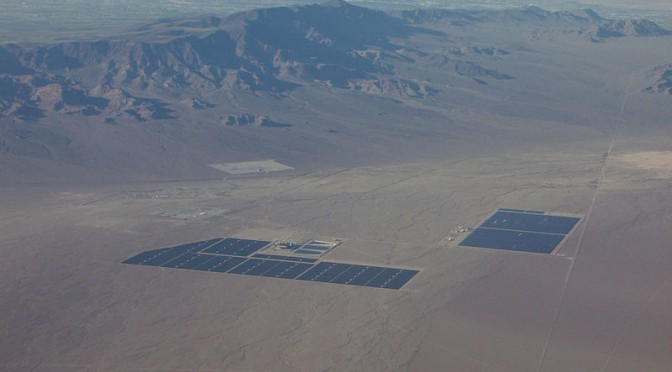 The U.S. installed 1,330 MW of solar photovoltaics (PV) in the first quarter of 2014 to total 14.8 GW installed capacity, enough to power 3 million homes. In another significant development, Q1 2014 was the largest quarter ever for concentratesd solar power (CSP).

The U.S. solar market continued to expand in the first quarter of 2014. Photovoltaic (PV) installations reached 1,330 MWdc in Q1, up 79% over the same quarter in 2013. The utility PV market was responsible for the lion’s share of this growth, installing 873 MWdc in Q1 2014, up from 322 MWdc in Q1 2013. We expect this segment to fuel growth throughout the year, and our forecast calls for nearly 3.8 gigawatts (GWdc) of utility PV to be connected to the grid by December 31. To put this in context, 3.8 GWdc is more utility solar capacity than was installed in the entire history of the market through 2012. The pipeline of projects that were announced and contracted from 2010-2012 is coming to fruition now, and newer markets such as North Carolina are providing a valuable supplement to the incumbent states of California, Arizona, and Nevada. The U.S. also completed 517 MWac of concentrating solar power (CSP) in Q1 2014, more than was installed in all of 2013.

After converting the PV installations into alternating current (AC) and including CSP installations, we reach a total Q1 solar installed capacity of 1,571 MWac. This represents 74% of all new electricity generating capacity installed during the quarter.