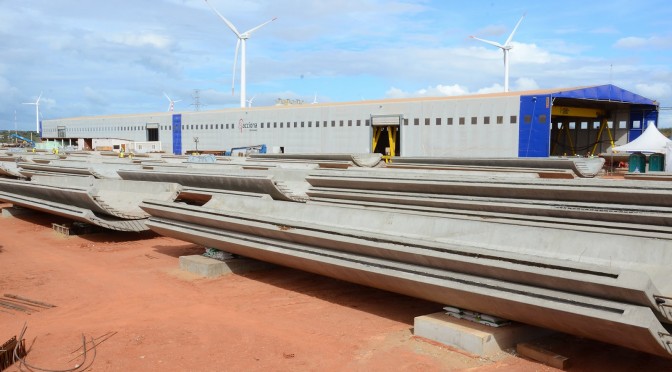 ACCIONA Windpower has created 400 jobs in its concrete tower production plant for wind turbines located in Areia Branca (Brasil), as confirmed in the visit to the facility yesterday afternoon by the Rio Grande do Norte State Governor Rosalba Ciarlini. In 2014 and 2015 the plant will supply 101 towers for the 3 MW ACCIONA Windpower turbines, to be used in projects developed by the company Voltalia in the area.

The facility currently produces towers for the 90 MW Areia Branca wind power complex nearby, consisting of the Carcará I, Carcará II and Terral wind farms. In the near future it will also produce towers for the Sao Miguel do Gostoso wind power complex (also owned by Voltalia) and others  – totaling 93 MW – developed by the consortium consisting of Voltalia, Chesf and Encalso. The total overall capacity is 303 MW.

After visiting the production plant, an institutional ceremony was held in which Governor Ciarlini and Voltalia Country Manager in Brazil Robert Klein, together with the ACCIONA Windpower Executive Director José Luis Blanco, and AW Country Manager in Brasil Christiano Forman, all took part. 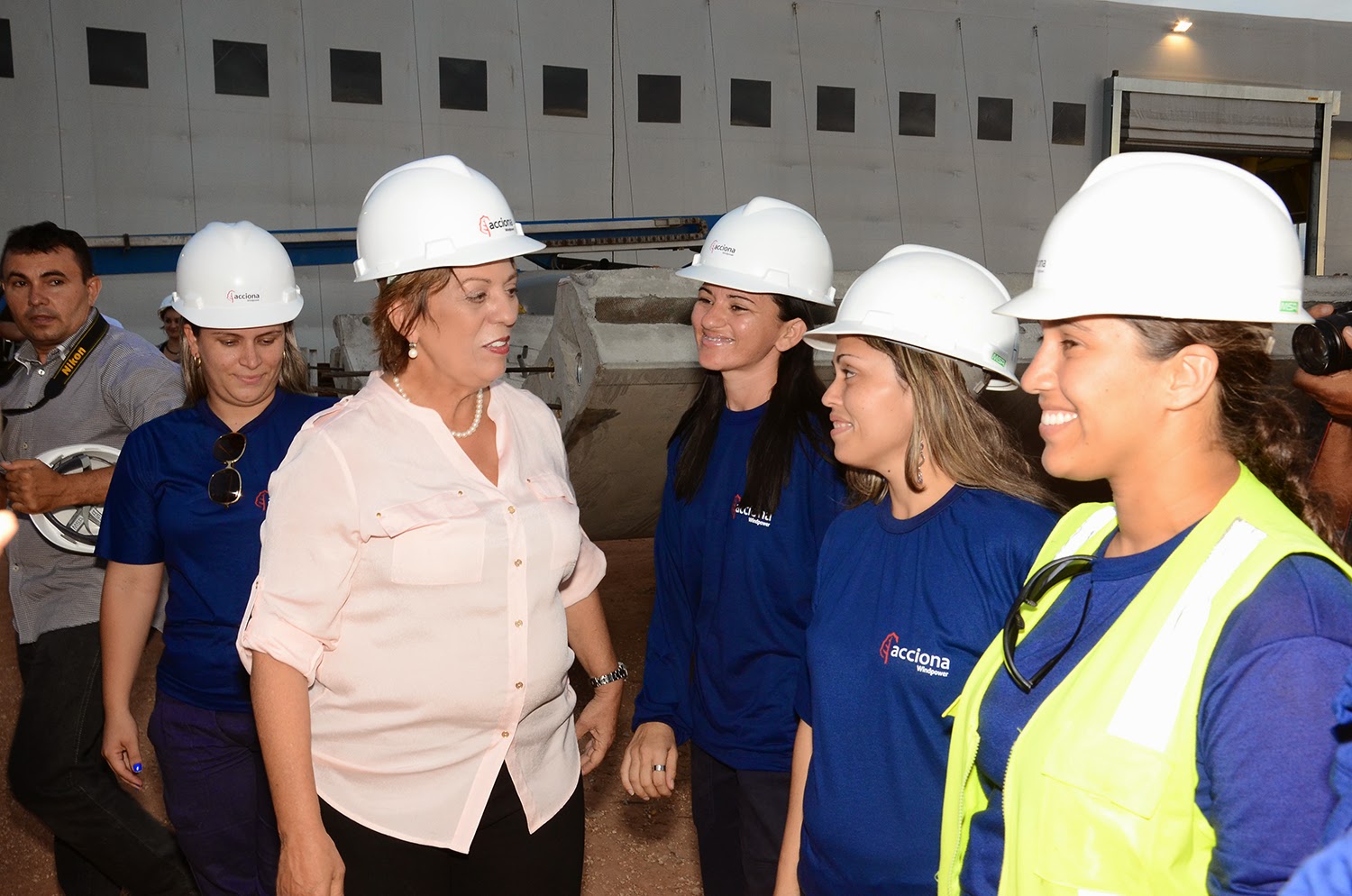 The tower production plant installed by ACCIONA Windpower produces concrete segments – curved parts assembled together to make up rings – that are placed on top of each other to create towers. The wind turbines are then installed on top of these towers. The turbines here are 3-megawatt machines of the AW3000 model, the company’s most advanced design.

The installation of the towers follows an innovative on-site manufacturing process designed by ACCIONA Windpower. It enables the production of the concrete towers in movable plants located near the wind farms where they will be used, considerably reducing both transport costs and the impact on the environment.

The plant, which employs some 400 people, mainly through a subcontracted company, has a surface area of around 60,000 square meters, 5,600 corresponding to the production hall and the rest to the warehouse, offices and other services. The main area is a large 244-meter-long and 23-meter-wide structure that houses the production equipment: principally, a traveling crane, molds and steel frames (steel to reinforce the structure) for the manufacture of the concrete segments.

The plant has a monthly production capacity of eight post-tensioned reinforced concrete towers. Each 120-meter-high tower consists of six 20-meter-high sections or rings, and the width varies from 8.4 meters at the base to 3.5 meters at the top.

The use of concrete for the production of wind turbines towers means that greater heights can be reached. It also facilitates local supply and manufacture, lower production costs, and synergies with the process of laying the foundations for the wind turbines.

The Areia Branca tower facility reflects ACCIONA Windpower’s commitment to achieving a high level of locally-based production in Brazil. In addition to the towers, the company produces or purchases a large number of main components for the wind turbines in the country. Since March 2013 it has assembled turbine hubs in its facility in Bahia, and in the second semester of this year it will put a nacelle assembly plant into service in the same state. The company also purchases blades and other equipment in the country.

The entire range of wind turbines that the company sells in the country has FINAME certification, granted by the National Bank of Economic and Social Development (BNDES) and certifying the level of nationally-purchased components required for a client to be entitled to the financing conditions offered by the publicly-owned bank.

Since it entered the Brazilian market in 2012, ACCIONA Windpower has signed contracts for the supply of 141 AW3000 turbines, 90 of them the 116-meter rotor diameter model and the other 51 the 125-meter model. The company is presently negotiating contracts in Brazil for a total of 363 MW.

In its large rotor diameter and 100- and 200-meter-high concrete tower versions, the AW3000 turbine is proving very successful in Brazil as a result of its proven efficiency and special adaptability to the prevailing wind regimes in different parts of the country.