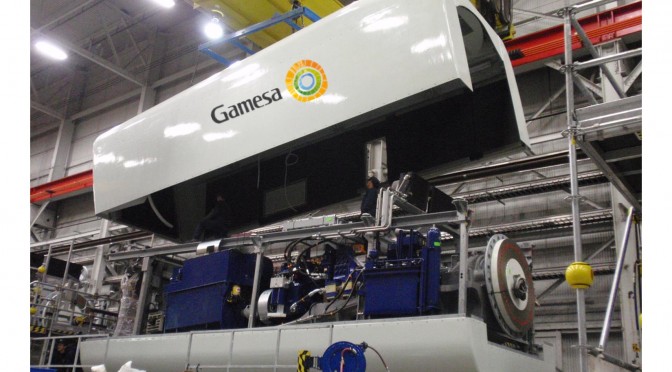 Gamesa, a global technology leader in wind energy, ended 2013 as the leading wind turbine OEM in Mexico and India by market share and the number two player in Brazil, thereby reinforcing its position in the world’s fastest-growing wind energy markets.

According to the most recent wind report by BTM Consult, Gamesa ended 2013 as leader in Mexico, accounting for over 73% of capacity installed during the year. It also topped the ranks of OEMs in India, outperforming local player Suzlon for the first time, having garnered a share of 19%. Meanwhile, the more than 450 MW installed in Brazil in 2013 earned Gamesa the number two spot on the ranking in this market, with a share of 20%. According to BTM, installed capacity in Brazil, Mexico and India on aggregate is set to grow at an annual rate of over 10% during the next four years.

The Latin American and Indian markets have emerged as Gamesa’s core growth engines in recent years. In 2013, these markets accounted for over 70% of the turbines sold by the company (in terms of capacity). These figures further evidence the company’s gradual international expansion in recent years: sales outside Spain have gone from accounting for just 5% of the total in 2000 to virtually 100% in 2013.

Gamesa’s experience developing and selling wind farms has proven crucial to giving it a benchmark position in the self-supply segment, which is very important in both Mexico and India. In 2013, the Indian market became the second largest in Asia and the third largest in the world in terms of installed capacity (1,987 MW).

In Brazil, another of the company’s strategic markets, Gamesa has firm orders for 1,394 MW. Cumulative installed capacity in Brazil stands at close to 4,000 MW, with 1,757 MW installed in 2013.

The sector’s rapid development in these countries has been boosted by wind’s competitiveness as an energy source thanks to high wind resources, coupled with growing demand for electricity and the need to diversify their energy mixes. Underpinned by deep knowledge of the local markets, thanks to its regional teams, as well as the strength of its supply chain and manufacturing presence in these markets, Gamesa has been able to tap the growth opportunities that have arisen in these countries.