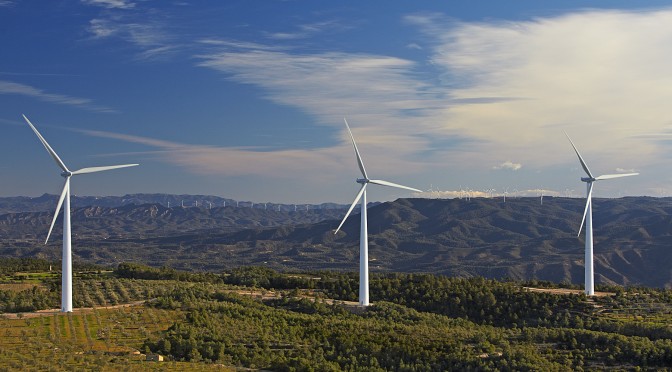 The company will build two wind farms with 3-megawatt ACCIONA Windpower wind turbines and will operate the facilities for 20 years. The investment associated with these projects is around 650 million dollars (469.4 million euros).

ACCIONA Energy has been awarded contracts for the engineering, construction and start-up of two wind farms in Mexico and the supply of wind turbines totaling 252 MW, plus the operation and maintenance of the farms for 20 years. The contracts have been signed with a company formed by Fisterra Energy, a company majority owned by funds managed by Blackstone, CEMEX and private investors. The investment associated with these projects is around 650 million US dollars (approximately 470 million euros at current exchange rates).

The construction of the wind farms ? Ventika and Ventika II ? will begin in the second trimester of this year and commercial operation is expected by the 2nd quarter of 2016. At that time, it will be one of the biggest wind farms in Latin America.

The new installations are located in the municipality of General Bravo in the state of Nuevo León. They will consist of eighty-four 3-megawatt AW 116/3000 MW ACCIONA Windpower turbines (rotor diameter of 116 meters) mounted on 120-meter-high concrete towers.

Through this contract, ACCIONA Energy diversifies its activity in Mexico. While the Company focused on materializing projects for itself so far ? it currently owns and operates 556.5 MW (28% of the country’s wind power capacity) ? the agreement referred to above highlights ACCIONA’s profile as a product and service provider, both in the EPC modality and as an in-house technology wind turbine supplier.

ACCIONA e CEO Rafael Mateo says that “We are very pleased to have signed this major contract that strengthens our position in Mexico, in this case as a service provider to customers in the development of renewable projects”.

ACCIONA has signed a large number of turnkey contracts in different countries for both wind and photovoltaic installations totaling 427 MW, and it has a strong project portfolio that is currently being negotiated.

In terms of the supply of wind turbines, this new contract boosts the already high penetration of the AW3000 turbine in the wind power market. In 2013 ACCIONA Windpower signed supply contracts for 945 MW for this turbine, and in the first semester of 2014 it expects to add another 615 MW: the 252 MW under this contract and 363 MW for other wind farms being negotiated in Brazil at the moment.