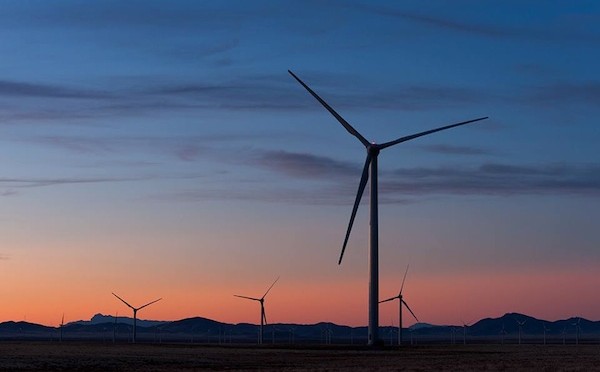 The champions of this letter hail from Iowa and Colorado, leaders in wind energy. Iowa is the national leader in wind generation with over 27% of the state’s electricity coming from wind power and over 6,000 Iowans employed in the wind energy sector.  Colorado is a manufacturing powerhouse that has seen over $4 billion dollars of private investment from wind energy and is home to Xcel, the nation’s number one wind power provider.

Across the nation, at least 559 U.S. factories that manufacture parts for wind turbines are once again vulnerable since the PTC and ITC – that is of special importance to the distributed and offshore wind sectors – were allowed to expire Jan. 1, 2014.

The bipartisan House letter to Speaker John Boehner (R-OH) was signed by 118 Members. It urged “certainty and predictability so that long term project decisions and investments can be made.”

The bipartisan Senate letter to Senate Finance Committee Chairman Ron Wyden (D-OR) was signed by 26 Senators. It asked that the PTC “be considered by the Committee as soon as possible…to avoid further layoffs and divestment.”

“We look forward to Congress, in particular the Senate Finance Committee, acting quickly to extend the PTC and ITC so that the U.S. remains a global leader and our businesses can continue building, expanding and hiring,” said Tom Kiernan, CEO of the American Wind Energy Association. “Senators Udall and Grassley and Congressmen King and Loebsack, have been tireless advocates for this homegrown American industry and we thank them for their vision and determination.”

Wind energy has grown exponentially in the last decade, in large part due to the effectiveness of the Production Tax Credit. From 2005 to 2012, when the PTC was continuously in place the wind industry grew nine times over, resulting in $105 billion of private investment. Domestic content rose sharply from 25 percent to 72 percent from U.S. factories, and jobs reached 80,000 including 30,000 in U.S. manufacturing. Uncertainty over the future of the PTC at the end of 2012 caused private investment to fall from $25 billion in 2012 to $2 billion in 2013.

“Siemens has invested hundreds of millions of dollars in factories in multiple states and we now employ 1,500 people in the U.S.,” said Mark Albenze, CEO of Siemens Energy’s Wind Power Americas business. “We continue to make significant progress in closing the cost gap with conventional power generation technologies, but the policy uncertainty is once again a hiccup for further development. Extending the PTC is critical to giving the wind industry the certainty needed to thrive in the long term.”

Bipartisan support for wind energy reflects the fact that all 50 states have either utility-scale wind farms or factories, representing 70 percent of Congressional districts. “This industry has not only created over 80,000 well-paying jobs for Americans across every state, but we are bringing an influx of investment to rural communities, offering farmers and ranchers a drought-resistant cash crop, and helping keep electricity rates down,” said AWEA’s Kiernan. “This is an American success story that deserves to be continued.”