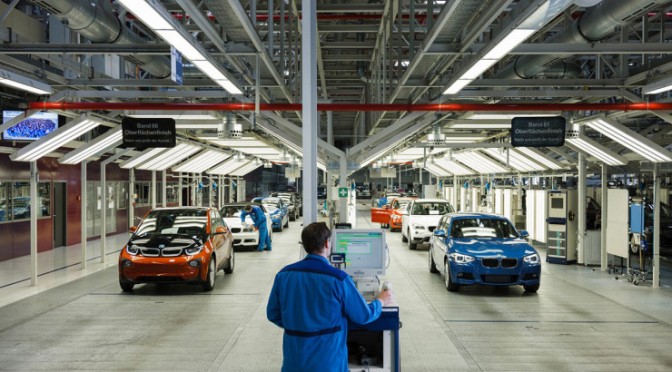 BMW i3 customers will need to adjust to a delay of six months for their new car, CEO Norbert Reithofer reiterated at this year’s Geneva Motor Show.

BMW won’t reveal which countries are creating the most demand, although it has said in the past North American sales will make up a decent proportion of the BMW i3?s bottom line. The company has so far taken 11,000 orders globally for the revolutionary electric hatchback.

The German automaker’s plant in Leipzig is already fully operational, assembling 70 BMW i3 units every day using wind power alone. Not only is it up and running, but it’s also at full capacity, such is demand.

“Our plants are at full capacity. It’s just a question of who gets what,” said BMW North America CEO Ludwig Willisch earlier this year.

“The US will be the biggest i market in the world,” he added. “Will we get enough cars in the first year? Probably not. But that’s a good problem to have.”

Apart from disappointed customers, the result of this bottleneck is that BMW will want to get a decent return on the i3 models it does sell. The upshot is that BMW has given US buyers the choice of paying top-dollar for a “Launch Edition” i3 or waiting at least three months to get the spec of their choice. That decision hasn’t gone down well.

Despite an aluminum and carbon fiber construction, the i3?s high price has been a sticking point, too, with many participants in BMW’s ActiveE trials feeling that the upgrade isn’t worth it. This is despite a BMW finance offer of leasing the i3 for around $550 a month.