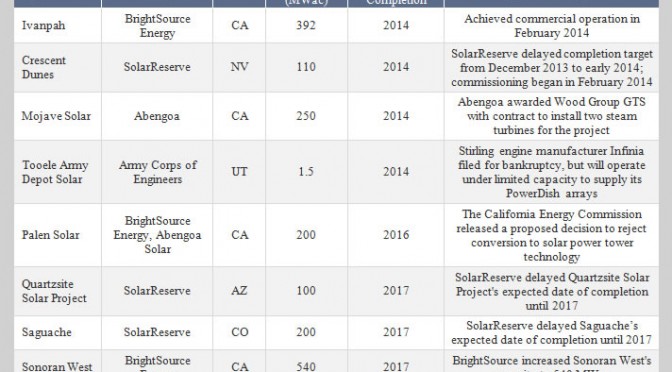 The U.S. solar industry has much to celebrate about the year 2013. Photovoltaic (PV) installations continued to proliferate, increasing 41% over 2012 to reach 4,751 MW. Solar was the second-largest source of new electricity generating capacity in the U.S., exceeded only by natural gas. And the cost to install solar fell throughout the year, with average system prices ending the year 15% below the mark set at the end of 2012. The U.S. solar market showed the first real glimpse of its path toward mainstream status in 2013. The combination of rapid customer adoption, grassroots support for solar, improved financing terms, and public market successes indicated clear gains for solar in the eyes of both the general population and the investment community. And in the long term, a mainstream solar industry will need customers who seek out and support solar, as well as investors who see an attractive risk-adjusted opportunity in the market.

The solar industry also became a major part of a much larger discussion that took center stage in 2013 around the future of electricity and electric utilities. As distributed solar gains steam, and as adjacent technologies such as energy storage become economically viable, the traditional utility business model is increasingly called into question. Throughout the electricity industry, 2013 was the year of catchphrases such as “utility 2.0” and “utility of the future.” Utilities themselves began to stake out positions on all sides of the issue, some seeking to protect their current territory and others investing in distributed generation – capitalizing on the opportunity that comes with change.

If 2013 was about raising the issue, 2014 will be about defining solutions. Increasingly, solar is not bound by its cost, but rather by its role in the electricity sector. And as solar continues along its path toward the mainstream, its integration with the broader electricity market from a technical, market and regulatory perspective will become one of the most important issues in the industry.

Additional highlights from 2013 in the U.S. solar market include: Of the 4,751 MW installed in 2013, 2,106 MW (44%) came in the fourth quarter. This makes Q4 2013 by far the largest quarter in the history of the U.S. market, exceeding the second-largest quarter by 60%. This end-of-year boom came from all market segments, but was particularly strong in the utility market, which saw over 1.4 GW installed across fifteen states in Q4.

The fourth quarter boom experienced in 2013 is consistent with previous years. The U.S. market tends to see a significant jump in installations at the end of the year, regardless of whether there are major incentives that are expiring. This seasonality was observed in the distributed generation market, where 35% of annual 2013 installations took place in Q4, but it was particularly pronounced in the utility market, where 51% of annual installations were completed in Q4. Over the past three years, the U.S. residential solar market has been distinguished by its remarkably consistent incremental growth. On a national level, residential solar has steadily gained steam as homeowner financing options (leases, loans, and PPAs) become more widely available, system costs continually decline, and market participants innovate. Some of the most impactful developments in 2013 included:

Most notable about 2013 was the Q4 boom, in which installations jumped 33% over the previous quarter – the largest quarterly increase in recent history. This year-end jump, and indeed much of the annual growth, is attributable primarily to California. While the California market has always been the largest for residential solar, its importance has only grown over time, with its market share of national installations increasing from 43% in Q1 2010 to 55% in Q4 2013. As we have noted previously, California is the first major solar market to begin the transition away from state-level incentives. By all accounts, the residential solar market in California shows no signs of slowing down in the near term. Its medium- and long-term potential rests on decisions regarding net energy metering and rate design. Thanks to a huge Q4, the non-residential market (comprising commercial, government, school and nonprofit installations) squeaked out 4% annual growth at the national level. Still, it was a difficult year overall for the market. Three of the top five state markets in 2012 — Arizona, California and New Jersey — shrank in 2013. While this decline was overcome by impressive growth in a number of other markets, most notably Massachusetts, it made for a volatile period for project developers. Within the Q4 2013 data, there are a number of positive signs for this market’s recovery in 2014.

To place the utility PV sector’s impressive installation growth in historical perspective, utility PV installations in 2013 alone accounted for approximately one-quarter of all cumulative PV capacity in the U.S. Of this total, a record-breaking 1.4 GW came on-line in Q4 2013 alone. But despite this impressive growth in installations, project pipeline replenishment was in the red for the first time in the segment’s history in Q4, with installations outpacing new procurement as RPS-driven demand began to wane and with less than three years remaining for the 30% federal investment tax credit. The contracted pipeline of projects fell from 12.6 GW to 11.7 GW, of which 3.3 GW is currently in construction with expected completion in the next two to three years. Looking forward to 2014, the demand landscape has shifted toward projects in the 1 MW to 20 MW range in order to meet utilities’ near-term capacity needs and remaining RPS compliance obligations. New procurement of utility PV in the 50 MW to 100 MW range is currently confined primarily to Georgia Power’s Advanced Solar Initiative and the wave of new RFPs that will be issued by North Carolina’s IOUs to meet the ample capacity remaining for their RPS requirements. A glimpse of future utility PV demand based on pure cost-competitiveness has come from Xcel Energy in Colorado, which has received approval to procure 170 MW of utility PV as a hedge against volatile natural gas prices.

2013 ranks as another banner year for average installed price reductions across all market segments in the U.S.

Quarter-over-quarter, the national average system price declined by 15%, falling from $3.05/W in Q3 to $2.59/W in Q4, while dropping 14.8% from $3.04/W a year earlier. This capacity-weighted number is heavily impacted by the volume of utility-scale solar installed in a given quarter. Utility PV capacity accounted for more than two-thirds of all new capacity installed, and for that reason, it had a relatively larger impact on the blended average system price. Individually, the residential, non-residential, and utility segments all saw price decreases on a quarter-over-quarter basis. (It should be noted that prices reported in this section are weighted averages based on all systems that were completed in Q4 across many locations and that the weight of any individual location can influence the average.)

On the whole, installed PV prices vary greatly not only state to state, but also project to project. Common residential system prices ranged from less than $3.00/W to just under $7.00/W. Non-residential prices hit levels as low as $1.70/W, but ranged upward to almost $8.00/W. Utility prices also display high variability: a 50-MW-plus fixed-tilt installation will be significantly less expensive than a 1 MW pilot project that employs dual-axis tracking. (Note that the lowest installed cost per watt does not necessarily yield the lowest levelized cost of energy, an important metric for measuring project returns which is heavily influenced by the energy production.) After two years of continuous and often precipitous declines, pricing for polysilicon and upstream PV components recovered in 2013 due to a much stronger global supply-demand balance. Pricing for polysilicon, wafers and modules in Q4 2013 registered increases of low single digits compared to Q4 2012, while Q4 2013 cell pricing was up 35% year-over-year. This was due to price hikes for Taiwanese cells driven by explosive growth in the Japanese end market, where large volumes of Taiwanese cells are currently sold for module assembly. On a quarterly basis, pricing continued to tick upwards slightly compared to Q3 2013 due to strong end demand in Japan, the U.S. and China, as well as a more consolidated supply chain. Blended polysilicon prices increased by 6% quarter-over-quarter to $20.20/kg, while blended module ASPs were up to $0.72/W, 3% higher than Q3 2013 levels. Pricing increases could continue over the course of 2014, with spot polysilicon currently trading in the $24/kg to $25/kg range and U.S. module pricing increasing by $0.01/W to $0.02/W in January and February.

For 2014, our forecast calls for 26% overall growth in the U.S. solar market, with installations reaching nearly 6 GW. We expect growth in all three segments, though at varying magnitudes. Forecast details by state and market segment are available in the Full Report.

While the 5 MWac Kalaeloa Solar One project was the only concentrating solar power (CSP) project to come on-line in the first three quarters of 2013, in Q4 the first wave of mega-scale CSP projects began to come on-line, starting with Abengoa’s 280 MWac Solana Generating Station and the first 125 MWac phase of NextEra’s Genesis solar project.

While BrightSource Energy’s Ivanpah project dominated market news throughout 2013, it officially achieved commercial operation during Q1 2014. The next notable project slated for completion is SolarReserve’s 110 MWac Crescent Dunes, which entered the commissioning phase in February 2014. Major CSP project development highlights throughout 2013 and into the beginning of 2014 can be found below: