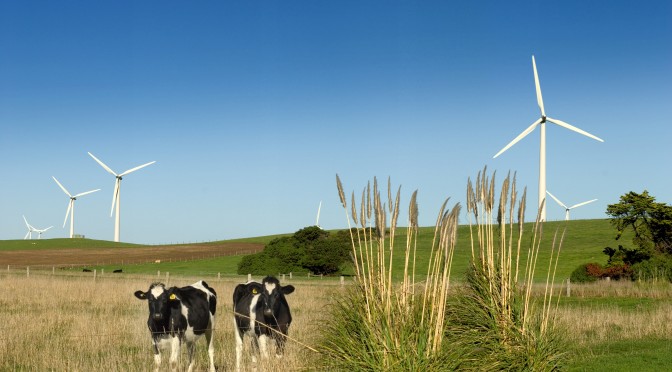 A $1.5 billion wind farm south-west of Ardrossan on Yorke Peninsula in South Australia has been approved.

The State Government has thrown its support behind the 197-turbine plan, which it says will create 500 jobs.

Chris Judd, managing director of Senvion Australia, the company behind the project, says he’s confident that firefighting around the turbines won’t be affected.

“The Country Fire Service don’t have any great issues with wind farms. If we’re talking about aerial means to address fires, water dumping and the like, they can continue to fly.

“They just need to recognise obviously that there is a physical structure there, and subject to flying conditions and visibility, they can work around that structure.”

The Heartland Farmers group says the wind farm will hurt agricultural land particularly given the area is more densely populated than other wind farm sites.

Its Chairperson Naomi Bittner says it’s not satisfied the project meets planning guidelines and is surprised it’s been approved.

“It has impacts with shadow flicker on roads, it also didn’t meet planning principles regarding setbacks from homes along coastal communities.”

“There are concerns are fire fighting issues and practicalities like water supply.”

But it says the group’s main concern is how it will impact prime agricultural land in the region.

“We reliably produce a quarter of the state’s grain harvest and the turbines will definitely have an impact on aerial agriculture which will in turn reduce our yields,

“Especially in years like this when we’re staring down the barrel of mouse plagues and those sorts of things.”

“The 24 host families are far outweighed by the number of surrounding farmers that will be negatively impacted to a much greater financial amount.”

Mr. Schultz will have half a dozen turbines built on his property, but says he can’t disclose how much he is being paid for access to his land.

He says he knows people have a strong range of views on the issue, but says he doesn’t believe that concerns over things like aerial spraying are a strong enough argument for the project not to go ahead.

Minister for Planning John Rau says the project has been approved subject to conditions that have been set after consultation with the community.

“It is estimated that the Ceres wind farm would be able to power the equivalent of 225,000 South Australian homes a year.

This will avoid the creation of up to 2.5 million tonnes of carbon pollution each year, or the equivalent of a 278,000 hectare tree plantation.

“It is envisaged that the development will also generate 500 direct jobs during construction, along with an expected 50 full time jobs over the 25 year operational life of the development.