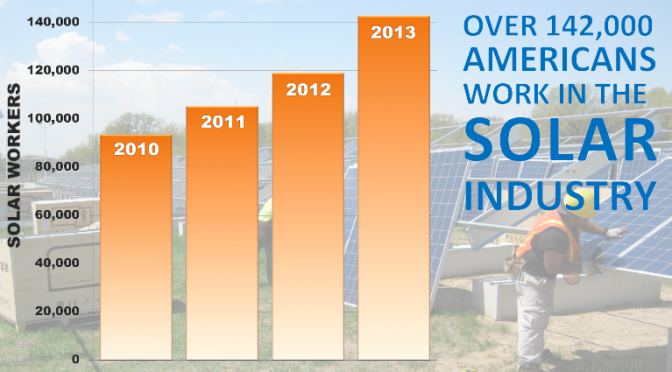 This figure represents the addition of nearly 24,000 additional solar workers over the previous year.

The industry’s nearly 20% growth in employment since 2012 shows that – for the first time ever – the solar industry exceeded the growth projections made in the previous year’s report.

During the period covered by Census 2013, average employment in the national economy great at only 1.9%. Between September 2012 and November 2013, the U.S. solar industry added an average of 56 solar workers each day.

Read more in the full report and fact sheet.