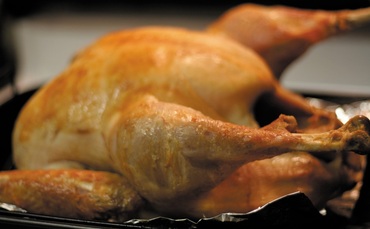 Most people pine for a white Christmas, but the renewable energy industry has a different idea – keeping its fingers crossed for a windy day to power Britain through lunch and the Doctor Who Christmas Special, delivering a green Christmas.

But turbines did not perform quite as well last year as in 2011, when strong winds meant wind turbines cooked up 17 million turkeys for the nation.

Despite a stormy few days in the run up to Christmas this year, forecasters are predicting wind speeds to drop by 25 December. However, with UK wind power capacity growing by 2,145MW in 2013, the industry is already expecting December to be a record month for power generation.

“Why dream of a white Christmas when you can have a green one instead?” said David Handley, RES chief economist. “These statistics underline the importance of boosting home-grown renewable energy sources to bridge the generation gap.

“British wind will play a vital role this Christmas, insulating our homes from over dependence on foreign gas imports and helping keep costs lower as gas prices rise.”