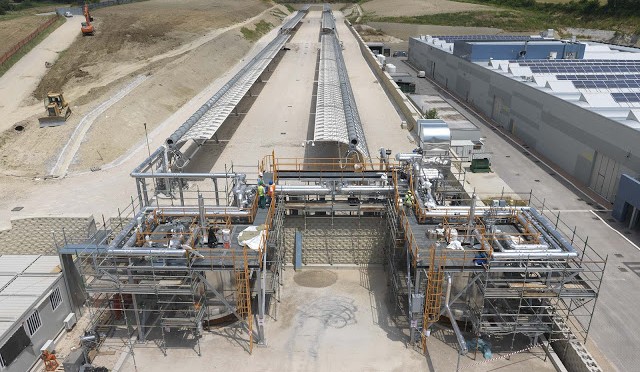 The Saudi solar energy market forecasts covers 41 GW within the next 20 years, 25 GW of which in the Concentrating Solar Power (CSP) and 16 MW photovoltaic (PV).

“Archimede Solar Energy (ASE), a subsidiary of the industrial Group Angelantoni Industrie and participated by the Japanese Chiyoda Corporation, has signed in New York the entrance of the Saudi Arabia FAL HOLDINGS in the capital, through a capital increase of 20 milions Euro. The new shareholder will allow the company in Massa Martana (Perugia) to complete the expanding process in the concentrated thermal solar technology (CSP). FAL Holding quote will cover 34%. Archimede Solar Energy was assisted by Credit Suisse as Advisor and Gianni, Origoni and Grippo as Lawyers.

FAL Holdings, headquartered in Riyadh with more than 5000 people, is a multinational company operating in various fields among which Projects and Real Estate, Biomedical; Healthcare and Medical; Industrial (non-food), Food Industrial, Technology & Telecommunications and Leisure.

“With the support of FAL Holding- Gianluigi Angelantoni, ASE President said- we could better operate in the international markets and above all to start the strategic program of penetrating the Saudi market that, though the KA-Care (www.energy.gov.sa) activity, is the most important and promising market in the Renewable Energies”.

The Saudi solar energy market forecasts covers 41 GW within the next 20 years, 25 GW of which in the CSP and 16 MW photovoltaic.

“In the solar energy development plan- Sheick Fahad Al Athel, Chairman of FAL Group said-  the Saudi Government is planning to satisfy within 2032 the 25% of the national electric requirements through the use of a clean energy source like the sun.

This can reduce the big quantity of oil barrels used in Saudi Arabia that, not anymore necessary in the domestic market, will be sold abroad at a better price”.

After the entrance of Chiyoda Corporation into ASE capital in 2012, which led to the great result of the construction of the first solar demonstration plant in the world operating with Molten Salts at 550° C (located close to the ASE production factory of Massa Martana-Perugia), FAL Holding will allow ASE and Chiyoda to participate to  the future tenders for the construction of large scale solar power plants planned  in Saudi Arabia and starting from 2014.