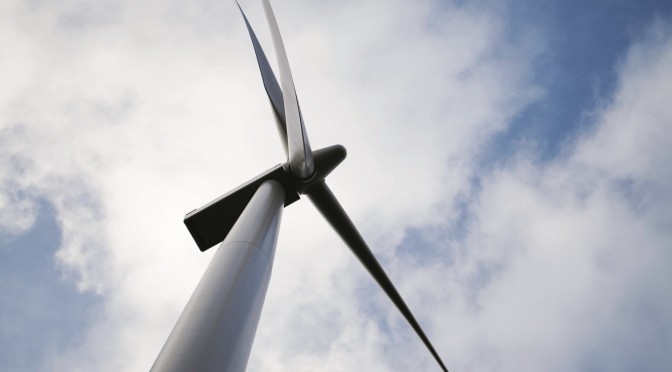 MidAmerican Energy officials said Monday they have contracted with an Iowa wind turbine blade factory to make all the blades for 448 wind turbines the company is installing in Iowa.

Company officials appeared with Gov. Terry Branstad at his weekly news conference to announce the deal with Siemens Energy to manufacture turbine blades at the company’s Fort Madison factory.

“Mid American’s expansion will be the largest economic development project in the history of our state, bringing needed jobs to Iowa as well as significant economic benefits,” Branstad said.

Mark Albenze, the CEO of Siemens Energy’s wind division, said in an interview that the deal is a significant order for both the company and its 500 employees in Fort Madison for the next 10 months.

“It’s the largest onshore wind turbine order in the world. It sustains about 800 jobs in Iowa and in our Hutchinson, Kan., facility and for our Broadwind Energy tower supplier, it also sustains about 500 jobs for them at their facilities in Wisconsin and Texas,” he said.

Siemens opened the blade factory in Fort Madison in 2007, and he has continued to research and develop larger wind turbine blades.

Albenze said the factory started making 300-foot blades, eventually growing to the 370-foot blades to be used in the MidAmerican project. The larger blades, which catch more wind and are more efficient, also now are exported from Fort Madison to Brazil, Chile and Sweden, he said.

MidAmerican received approval from the Iowa Utilities Board in August for the $1.9 billion project, which includes the construction of 448 turbines in Grundy, Madison, Marshall, O’Brien and Webster counties.

When completed, the new wind turbines will have the capacity to generate as much as 1,050 megawatts of wind power, enough electricity to power the equivalent of approximately 317,000 average Iowa households, the company said.

The project will add $360 million in additional property tax revenue, said Adam Wright, vice president of wind generation and development for MidAmerican. Farmers allowing turbines to be placed on their land will be paid $3 million a year.

“It will also continue to place Iowa at the forefront of renewable energy for the nation,” he said. “I think it’s significant for our state.”

Iowa leads the nation in the percentage of electricity generated by wind, getting 24.5 percent of its electricity from wind power in 2012, according to the American Wind Energy Association’s Annual Market Report.

MidAmerican is Iowa’s largest energy company, providing electricity to 734,000 customers and natural gas to 714,000 customers in Iowa, Illinois, Nebraska and South Dakota. MidAmerican began building wind generators in 2004, and it has more than 1,200 wind turbines in Iowa.