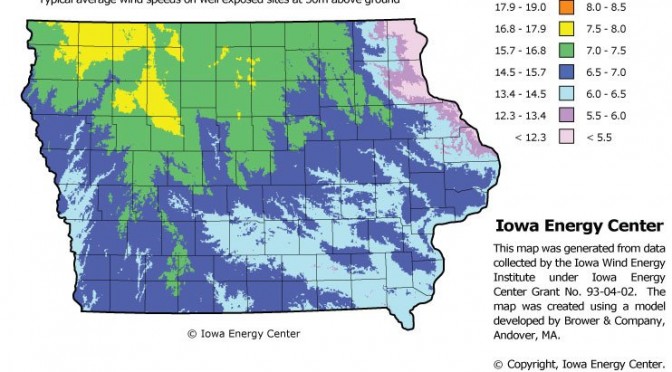 America’s wind power capacity has quadrupled in the last five years and wind energy now generates as much electricity as is used every year in Georgia. Thanks to wind energy, America uses less water for power plants and produces less climate-altering carbon pollution.

America has vast wind energy resources, and there is still plenty of room for growth. But the pending expiration of the federal renewable energy production tax credit and investment tax credit threatens the future expansion of wind power. To protect the environment, federal and state governments should continue and expand policies that support wind energy.

Wind energy is on the rise in the United States.

If America were to continue to add onshore wind capacity at the rate it did from 2007 to 2012, and take the first steps toward development of its massive potential for offshore wind, by 2018 wind energy will be delivering the following benefits:

Wind energy’s success in reducing air pollution and saving water will continue to grow if America makes a stable, long-term commitment to clean energy at the local, state and national levels.Specific policies that are essential to the development of wind energy include:

Wind energy is on the rise in Iowa and providing huge environmental benefits for the state, according to a new report released today by Environment Iowa. Iowa’s wind energy is already avoiding more than 8.4 million metric tons of climate-altering carbon pollution – the equivalent of taking 1.7 million cars off the road, while saving nearly 3.8 billion gallons of water per year – enough to meet the needs of over 158,000 people.

Thanks to its current and future benefits, wind power is a key component of President Obama’s Climate Action Plan to reduce the carbon pollution fueling global warming 17 percent by 2020. The plan calls for an expansion of renewable energy, investment in energy efficiency, and the first-ever federal limits on carbon pollution from power plants.

“Wind energy has given us a lot to be thankful for this Thanksgiving,” said Michelle Hesterberg of Environment Iowa. “Now our state and national leaders need to take action to make sure we don’t leave this cornucopia of environmental benefits on the table.”

The report, Wind Energy for a Cleaner America, also shows that today’s wind energy in Iowa avoids 7,928 tons of smog-causing nitrogen oxides and 9,793 tons of sulfur dioxide, which cause acid rain and soot.

The report shows that wind energy is now providing 13.9 million megawatt-hours (MWh) of electricity in Iowa, equal to 24.5 percent of the state’s electricity. Iowa could be on track to nearly double its wind production in the next five years so that wind could generate as much as 50 percent of all electricity in the state by 2018.

“Wind energy is one of the most rapidly growing methods of generating electricity, and is extremely beneficial to the environment.” Said Harold Prior, Executive Director of the Iowa Wind Energy Association.  Wind generates no harmful emissions and uses no water for cooling purposes and the raw material (the wind) is a free constantly renewing resource!”

If state and federal officials commit to continued progress, Iowa could reduce the carbon pollution equivalent of more than 3 million passenger vehicles, and save enough water to meet the annual water needs of nearly 300,000 people.

“As a farmer, I depend on a clean and safe water supply every day for my crops and my animals. Severe droughts like that of the last couple years can be devastating for farmers like me that depend on water for our livelihoods. Developing wind energy is important to protect our air, water, and our farming communities that are so much a part of our way of life in Iowa,” said Russ Winterhoff, a farmer from Aurelia, Iowa who was the first in Iowa to build two wind turbines on his land to power his turkey farm.

Iowa’s recent progress on wind is the direct result of federal incentives for wind power. Despite the clear benefits of wind and widespread bipartisan support for federal policies to promote renewable energy, fossil fuel interests and their political allies have vigorously opposed these initiatives.

The main federal incentives for wind – the investment tax credit (ITC) and the production tax credit (PTC) – are currently set to expire at the end of 2013.

“Wind energy is improving our quality of life in Iowa,” said Michelle Hesterberg. “We cannot let polluters and their allies stand in the way of additional benefits of wind. Senators Harkin and Grassley need to continue to do whatever it takes to extend federal wind incentives before the end of the year.”