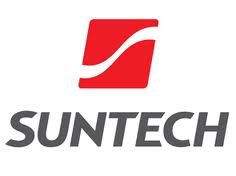 Shunfeng Photovoltaic International Ltd. (1165), a Chinese solar company owned in part by Cheng Kin Ming, plans to buy the main unit of what was once the world’s largest photovoltaic maker for 3 billion yuan ($492 million).

Jiangsu Shungfeng Photovoltaic Technology Co. agreed to buy Wuxi Suntech Power Co., according to a statement Shunfeng made to the Hong Kong stock exchange today. The unit of Suntech Power Holdings Co. (STP) was pulled into bankruptcy in March and will use the proceeds to pay expenses and debts it owes.

The purchase will add to Cheng’s control of China’s solar industry, which is struggling to cope with a plunge in prices of photovoltaic panels that gutted margins of the major manufacturers.

Shunfeng Photovoltaic, which makes solar cells and panels, has been purchasing solar energy assets this year. It said in July it will take a 95 percent stake in Hareon Solar Technology Co.’s solar farms, which generate a combined 479 megawatts. Later, it agreed to buy 110 megawatts of projects from Jetion Solar (China) Co. and Haiwei (Xinjiang) New Energy Co.

“This is possibly the best option for Wuxi Suntech,” Wang Xiaoting, a Beijing-based analyst at Bloomberg New Energy Finance, said by phone. “Other bidders won’t offer better bids. Shunfeng could retain most of Suntech management including key research employees. The acqusition is mainly for brand and research people.”

Jiangsu Shunfeng’s bid was chosen over that of state-owned Wuxi Guolian Development (Group) Co. after the administrator of the main unit of Suntech Power Holdings evaluated the offerings, according to an Oct. 9 statement posted on the Wuxi municipal government website. Wuxi Guolian is the development arm of the city of Wuxi, whcih is outside Shanghai.

Shunfeng has paid a deposit of 500 million yuan ($82 million) to the administrator of Wuxi Suntech, it said Oct. 9. The sale agreement, dated Oct. 24, guarantees a payment of a further $25 million by Wuxi Suntech to Wuxi Guolian withing three months of completion.

The agreement requires the approval of shareholders and of the Wuxi Intermediate People’s Court, which is overseeing the bankruptcy proceedings of Wuxi Suntech.

Wuxi Suntech said it has 10.7 billion yuan of debt, the official Xinhua News Agency reported on Aug. 14, citing Yang Erguan, a representative at its insolvency and restructuring administrator group.

Suntech Power was the world’s biggest solar panel maker when it defaulted on a $541 million equity-linked bond in March. That forced the Wuxi Suntech unit into bankruptcy proceedings in China. Holders of those bonds asked the U.S. Bankruptcy Court in the Southern District of New York to push Suntech into Chapter 7 proceedings, and the company on Oct. 31 said it would fight that effort.

Shunfeng said it plans to fund the acquisition by raising debt or capital or by forming a joint venture or partnership. It may also use its own resources or a combination of all the options.

Shunfeng said Oct. 22 it completed a placement of 400 million new shares at HK$2.80 apiece. Peace Link Services Ltd. is the biggest shareholder in the company with a 23.6 percent stake after the placement. Peace Link is wholly owned by Faithsmart Ltd. which is in turn wholly owned by Cheng Kin Ming.