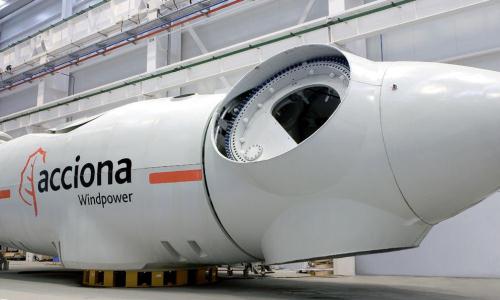 Energy and Climate Change ministers from 13 EU countries and leading corporate players, among them ACCIONA, gathered yesterday at the European Green Growth Summit to address the intitiatives needed for the EU to take on a leadership role in the transition towards a low-carbon economy. The corporate leaders committed to a model of sustainable development who took part in the working session included ACCIONA’s International Director-General, Carmen Becerril.

The Summit launched a joint call on the EU to establish three clear lines of action, namely:

The European Green Growth Summit presented a working document, “Towards Green Growth: the reason for ambitious and immediate carbon emissions reduction”, that brings together the most recent scientific evidence and expert analysis that point clearly to the need for a clear and specific EU position aimed at putting a brake on climate change. LINK.

In her address at the Summit, Carmen Becerril stood firmly behind the position that “the current economic situation cannot be allowed to halt to the advance of renewable energies and investment in lowering carbon emissions. The EU’s Framework Policy 2030 requires binding goals on renewables generation, because only binding objectives give the Framework long-term incentives for investment. In this respect, there is a fundamental need to tighten the collaboration between business and governments, as this Summit actively seeks out, with the aim of ensuring that an emissions reduction program is well and truly on the way and to send out clear and unambiguous signs to investors everywhere.”