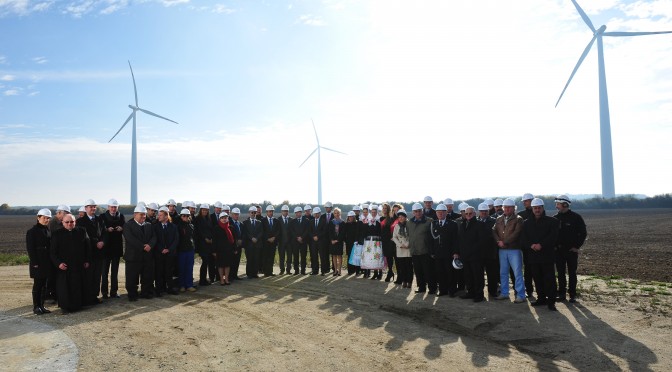 The ceremony was presided over by ACCIONA Energía CEO Rafael Mateo and the Mayor of Krobia, Sebastian Czwojda. Spanish Ambassador to Poland Agustín Núñez was also present.

The wind farm is located in the west of the country in the municipality of Krobia (Gostyn district). It will produce around 82 gigawatt-hours (GWh) of electricity, equivalent to the consumption of over 40,000 Polish households, thereby avoiding the emission of around 79,000 metric tons of carbon dioxide to the atmosphere from conventional coal-fired power stations.

The turbines installed in the wind farm are the AW116/3000 model produced by ACCIONA Windpower, each with a 116-metre rotor diameter and a surface swept by the blades of 10,568 square meters. They are mounted on 120-metre-high concrete towers, the highest model installed by ACCIONA in commercial wind farms. An innovative on-site production system for the tower components has allowed the company to reduce transport costs and minimize the impact of the wind farm on the area.

Around 400 people have worked on the materialization of this project in Poland.

The ceremony was attended by a number of Polish local and regional authorities, as well as the Mayor of Krobia. Representing ACCIONA Energía, CEO Rafael Mateo was accompanied by Europe Director Rafael Esteban, Country Director Andrzej Konarowski and ACCIONA Windpower Operations Director Luis Solla. The Spanish Ambassador to Poland was accompanied by the embassy's economic and commercial adviser Rocío Frutos.

In his speech, Rafael Mateo urged that “the positive initial drive by the Polish authorities regarding the renewables sector should be reinforced by the approval of regulations that allow the future development of these energies and provide stability for investments that have already been made. This is an essential element to generate confidence among investors and make future projects more likely.”

The wind farm inaugurated last weekend joins the 38 MW facility at Golice, which was grid connected in late 2011. It consolidates the company's presence in the Polish wind power sector, one of the most mature and dynamic in Central and Eastern Europe, with 2,447 MW installed at the end of 2012. 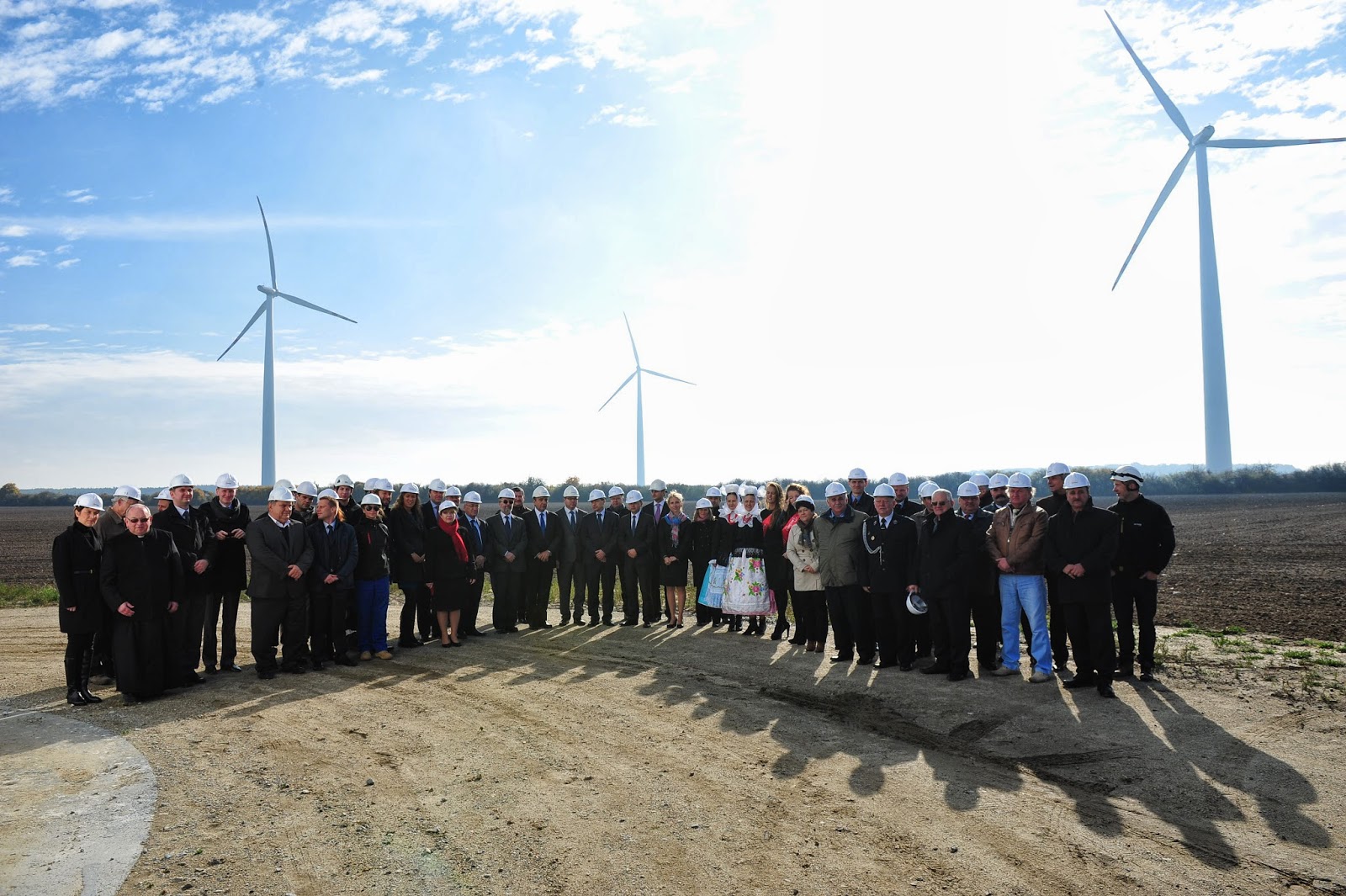 Poland had previously approved a National Renewable Energies Action Plan (NREAP) with the aim of reducing the strong dependence on fossil fuels in its energy generation mix (particularly coal); these fuels account for over 96% of the country's electricity generation. For wind power, an objective of 7,000 MW was set for 2020. The Polish Government has been studying new legislation in recent months that could modify the focus and objectives of the plan.

Regarding other business divisions, the ACCIONA group already has a consolidated presence in the infrastructures field in Poland, where it has operated since 1999 through its subsidiary Mostostal Warszawa, one of the biggest construction companies in the country.