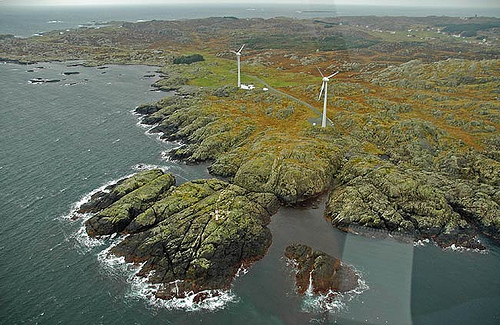 Norway’s oil and energy ministry said on Monday it has granted licences to build eight wind farms with a combined 1,300-megawatt capacity in a major boost for wind power development in the Nordic country.

The ministry said investment into newly licensed wind farms was expected to come to around 20 billion crowns ($3.32 billion), one of the largest investments ever on its mainland.

Norway gets most of electricity from hydro power plants and has 775 MW of installed wind power, far less than neighbouring Sweden, even though it enjoys stronger winds blowing from the Atlantic.

The two countries launch a market-based renewable support scheme last year, aiming to increase production from such sources as wind, small hydro, bio and solar by 26.4 terwatt-hours (TWh) per year by end-2020.

The eight newly approved projects in Norway could contribute up to 3.7 TWh to this goal, the ministry said.

Licenses were issued to Norwegian companies SAE Vind DA, Sarepta Energi AS and Zephyr AS, which counts Denmark’s Dong Energy as a stakeholder, to develop wind power farms around the city of Trondheim, an area with a power deficit.

The oil and energy ministry has also issued a license to state-owned transmission grid operator Statnett to build a new 420 kV power line to connect the wind farms.

“Obviously it’s a huge project to undertake. We are talking about 450 turbines and about 200 kilometres of high-voltage lines to be built,” Andreas Thon Aasheim at the Norwegian wind power association NORWEA told Reuters.

Sarepta Energi AS, which is owned by power companies TroenderEnergi and NTE, said it planned to invest up to 10 billion crowns into what it called the largest onshore wind farm development in northern Europe.

Companies were expected to make the final investment decisions in 2015, and the first wind turbines in the area should be up and running in 2018, said Aasheim.