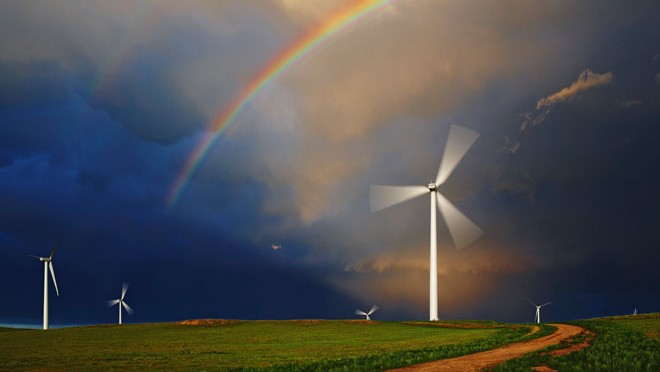 Wind energy represented 43 percent of all new electricity additions and accounted for 25 billion dollars in U.S. investment in 2012, according to the Wind Technologies Market Report and the Distributed Wind Market Report.

“As the fastest growing source of power in the United States, wind is paving the way to a cleaner, more sustainable future that protects our air and water and provides affordable, clean renewable energy to more and more Americans,” Energy Secretary Ernest Moniz said.

According to the reports, more than 13 gigawatts (GW) of new wind power capacity were added to the U.S. Grid last year, almost twice the wind capacity deployed in 2011. The total wind power capacity surpassed 60 GW at the end of 2012, representing enough capacity to power more than 15 million homes each year. The U.S. cumulative installed wind energy capacity has increased more than 22-fold since 2000.

In Midwest states such as Iowa, South Dakota and Kansas, where tornadoes frequently occur, wind power accounted for more than 20 percent of total annual electricity consumption.

The report also estimated 72 percent of the wind turbine equipment installed in the country last year was made by domestic manufacturers, up from 25 percent in 2006 and 2007.

The U.S. government slapped steep anti-dumping and countervailing duties on wind towers from China and Vietnam in early 2012, which may also have helped protect domestic manufacturers.