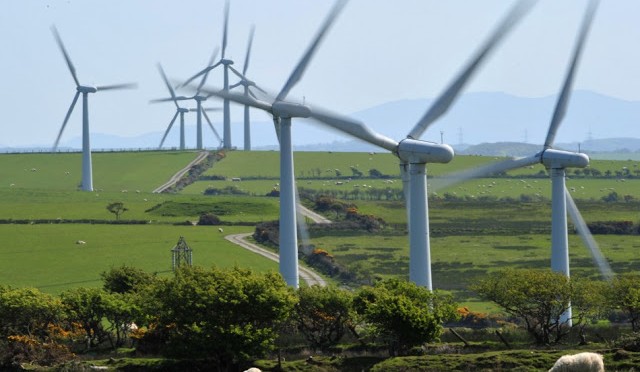 Vattenfall is to spend nearly half a billion pounds to build one of the largest onshore wind farms in the UK.

State-owned company Vattenfall said it will invest £460m in building two farms in Wales and Scotland, which will supply electricity to 162,000 homes.
The £400m, 76-turbine Pen y Cymoedd in South Wales is due to start work in 2014, with first power being generated for the National Grid in late 2016.
The construction of the £40m, 18-turbine farm in Clashindarroch, in Aberdeenshire, has already started and is expected to be completed in early 2015, creating around 300 jobs.
The move was welcomed by energy secretary Ed Davey, who said: “The investment by Vattenfall is testament to the power of inward investment in the UK.
“Onshore wind power is a major success story for the UK which brings economic benefit to our shores, supports thousands of skilled jobs and is an important contributor to our energy mix .
“We have provided certainty to onshore wind investors by confirming the level of support available under the Renewables Obligation and, earlier than expected, publishing draft strike prices for contracts in the future electricity market.”
Vattenfall’s director for business division sustainable energy projects, Peter Smink, added: “Currently, the UK market for investing in onshore wind power is an attractive market because the Coalition government has backed its development as a crucial part of its economic growth agenda. 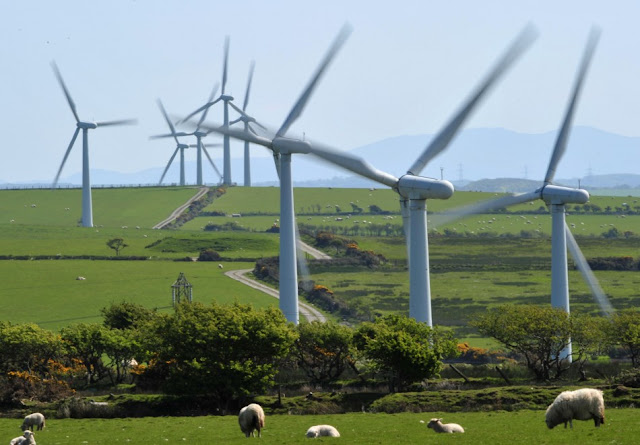 “Schemes like Pen y Cymoedd and Clashindarroch contracts are, and will be, placed with local and UK businesses. We know the importance of the UK capturing the jobs potential of wind power and we will do what we can to enable that. We expect hundreds of jobs to be secured for the next three years through these decisions.”
Plans to create the world’s biggest offshore wind farm off the Lincolnshire coast have also been approved.
The £3.6bn project at Triton Knoll will have nearly 300 offshore wind turbines and generate energy for 820,000 homes.
http://santamarta-florez.blogspot.com.es/2013/07/vattenfall-to-build-windf-arm-in-wales.html