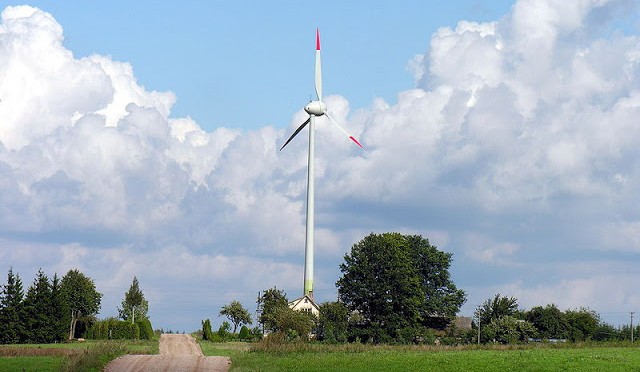 Nelja Energia has opened Lithuania’s largest wind farm at Ciuteliai, some 15 kilometres north of Šilut? and 19km east of the Baltic Sea coast.

A renewable energy developer has opened the biggest wind power plant in Lithuania, the Ciuteliai wind farm.
Nelja Energia AS says the wind farm will generate enough power for 27,000 homes.

The wind farm, 11 miles from the Baltic Coast, has 17 wind turbines with 39.1 MW of capacity, according to a statement on Nelja Energia’s website.

With a wind power boom in sight, Lithuania is well on course to meet its 2020 renewable energy target – a 23% share of renewable energy in the overall mix.
Right now wind turbines accounts for just under 2%, but this should rise to 13% by 2020. A government document forecasting the increase in renewable energy said: “In Lithuania, wind turbines are one of the fastest growing renewable energy technologies”.
Not only is the government’s drive to boost renewable energy spurred by EU targets, but also by Lithuania’s dependence on Russian gas for its electricity and heating.
Up until the end of 2009, Lithuania was self-sufficient in energy with one nuclear power plant meeting about 70% of the country’s electricity demand. However, the Ignalia plant was doomed since it was designed along lines very similar to those of the failed Chernobyl plant. In its 2004 European Union accession agreement, the Lithuanian government agreed to shut down the plant – and this happened at 11pm on 31 December 2009 – leaving an energy vacuum for Gazprom to fill. 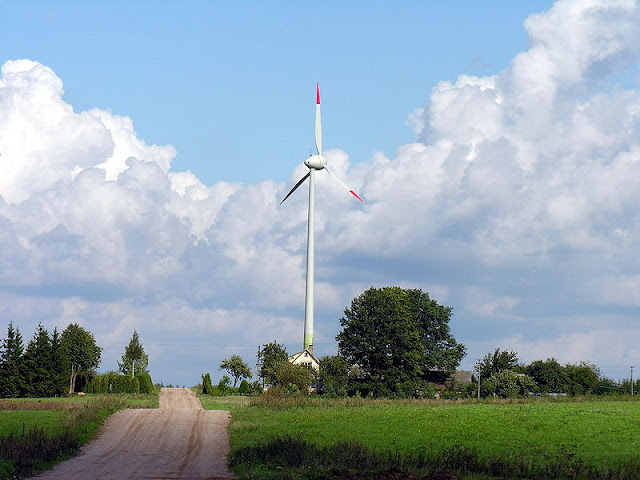