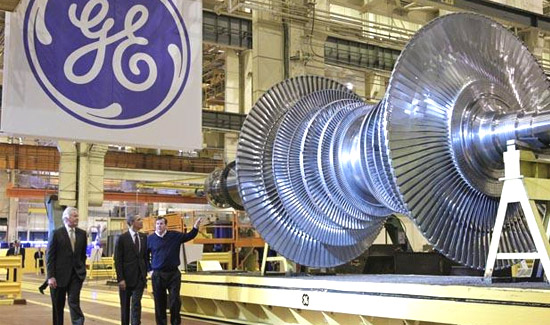 Wind turbine developers will soon have open access to a £50 million testing facility in the U.K. based on unique and leading-edge technology.

The state-of-the-art facility has been specifically designed for full-scale testing of large nacelles. GE’s Power Conversion (NYSE: GE) allows them to develop and build the next generation of wind turbines that will be increasingly efficient, reliable and cost-effective.

This wind turbine test platform is being built at the National Renewable Energy Centre (NAREC www.narec.co.uk). It is designed to allow manufacturers to speed up the development time of their systems. In order to achieve this, a tailor-made, 35-meter-high, 3,000-sq.-meter facility to house the test rig was constructed on designs allowing it to be capable of handling the performance, endurance and compressed life testing of complete nacelles (the unit at the top of the tower housing the electricity generation system).

The installation that GE has designed and will commission is comprised of the direct-drive, permanent magnet motor, one of the first of its kind, which will run at up to 30 rpm and with a maximum force of 14.3 million NM (Newton Meter), resulting in a power of over 20,000 hp, which is equivalent to the driving power of 150 passenger cars.

GE is responsible for the turnkey package for the test facility from the grid supply to the motor shaft, including a heavy-duty, medium-voltage drive system and comprehensive automation and visualization equipment, as well as overlooking the overall installation with the wind load simulator.

The Energy Technologies Institute (ETI) is investing £25m in the NAREC facility, through the design, development and commissioning of the test rig by GE Power Conversion and MTS Systems Corporation. It is a public-private partnership between global energy and engineering companies and the U.K. government to bring together engineering projects that accelerate the development of affordable, secure and sustainable technologies.

Franz Hubl, global business leader—test systems, GE Power Conversion, said, “NAREC customers, regardless of where they are from, will soon benefit from this facility and the improvements that it will deliver in sustainable wind energy. We are well on the way to completing the installation and will train technical personnel very shortly. GE also is responsible for supplying on-site and remote service and maintenance as well as developing new equipment for future projects. Similar to the LORC (Lindoe Offshore Renewables Center) project, we are excited to take a leading role in a project that will improve tomorrow’s energy technologies.”

NAREC has invested more than £125 million of U.K. government, private sector and European Union funding to create a unique integrated portfolio of testing and research facilities for renewable energy, operated on an open-access commercial basis in Blyth, Northumberland, England.

The NAREC test facility is the largest independent open-access facility for the testing of wind turbine drive trains in the world. The FAS (Force Application System) is being provided by GE’s consortium partner—MTS Systems Corporation of Minneapolis. Its equipment is one of the largest in the world of its type and incorporates an unsurpassed hydraulic/mechanical system to apply forces to the mechanical assembly of the wind turbine, as seen in the real installation, e.g. by wind forces at an offshore installation.

The 15-megawatt permanent magnet motor, serving as the main driver to emulate the wind speed, with a rating of 20,000 hp, has been developed and supplied by GE, Rugby, and features superior dynamics in conjunction with the controls, supplied by GE, Berlin. Due to its mere size with a diameter of 8 meters and an approximate weight of 330 tons, it was assembled on-site. The pre-fabricated elements are being shipped to the NAREC site and the remaining assembly work carried out in situ by GE.