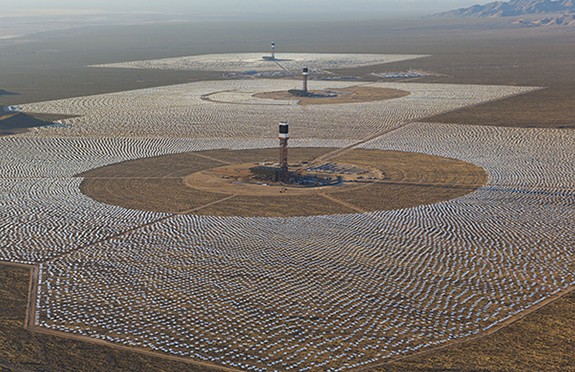 The United States has knocked China off the top perch in a table which ranks nations on how attractive they are for renewable energy investment.

The US reclaimed the top spot in Ernst&Young’s latest Renewable Energy Country Attractiveness Indices (RECAI) after surprisingly losing out to China a couple of years ago.

China dropped into second place because of high barriers to entry for external investors although the analysts say growth prospects for the sector in China remain “strong”.

Elsewhere South America rises in prominence partly because of its growing energy demand, with the report highlighting Chile’s project pipeline which includes 300MW-400MW worth of concentrated solar power (CSP) plants.

The Chilean government’s cross-party agreement on key energy legislation should “boost investment in transmission networks and geothermal exploration” and cement its ambitious target of 20% renewable energy by 2024, states the report. Peru entered the index for the first time, due to good natural resources and a strong investment climate.

India is said to be “back on track” after the reintroduction of a scheme to encourage wind power while Saudi Arabia has just dusted off its largest solar PV project to date.

In contrast European nations appear to be stalling, suggests the RECAI report, with Romania the latest to slash subsidies, while several Middle East and North Africa countries including Egypt, Tunisia and the UAE, have fallen out of the top 40 due to a slow recovery from the Arab Spring and an absence of clear policy frameworks.