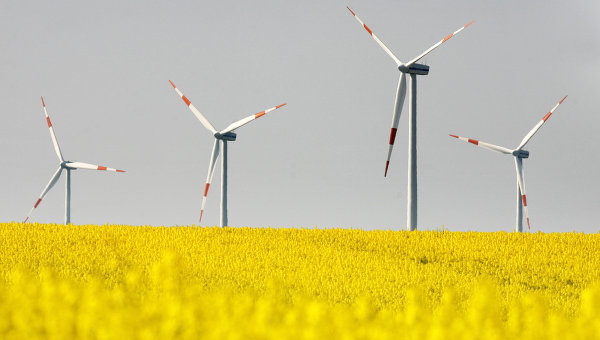 “We are now studying the efficiency of wind farm projects in Adygeya and there are also projects in the Stavropol and Krasnodar Regions. We are at the initial stage of preparations and are creating the actual base for building wind energy parks there,” Nikipelov said.

An Atomenergomash spokesman previously said the company was looking for a technological partner from Europe to produce wind turbines, but did not name any possible candidates. Atomenergomash thinks it could install direct-drive wind turbines with a capacity of 2.5-3 MW in Russia and Ukraine.

“The government has just signed a resolution [on stimulating the use of renewable energy sources] … which will create the economic and legal basis for the profitability of these projects,” he said.

Prime Minister Dmitry Medvedev said on Tuesday the Russian government will review its policies to promote the wider use of renewable energy sources.

“At the moment, the use of renewable energy sources and green energy is far from what we would like it to be. We probably use only an insignificant part of our potential,” Medvedev said at the Startup Village international investor conference at the Skolkovo hi-tech hub outside Moscow.

“The abundance of hydrocarbons” in Russia was one reason for the low use of renewable energy sources, Medvedev said.

Energy officials and businessmen have traditionally argued Russia should continue selling oil and gas instead of dealing with such “trifles,” the premier said.

“But now that attitude has changed, for various reasons. I see various countries and their leaders changing their approach to the issue of green energy, green growth and renewable energy sources,” Medvedev said.

“That is why we are also correcting our position. We, of course, believe renewable energy sources have a bright future.”