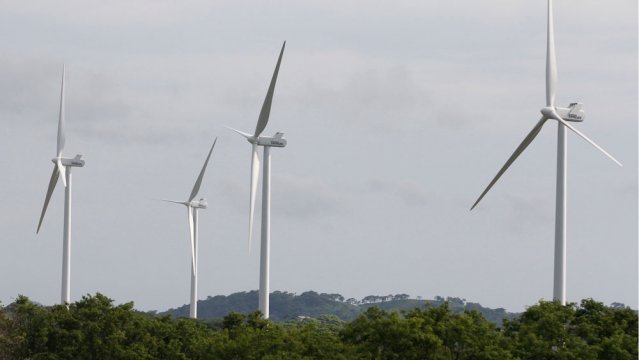 The Eolo wind farm is located in the province of Rivas on the shores of Lake Nicaragua, about 123 kms south of the capital Managua.

Mikael Karlsson , Globeleq’s CEO, said “This event symbolizes another important investment commitment by Globeleq and our partner Mesoamerica Power (Mesoamerica), as we continue to build the leading wind company in Central America. We congratulate the government of Nicaragua and the energy sector participants for committing to the renewable energy program which will have significant and long term economic and environmental benefits for the people of Nicaragua.”

Electricity generated by the Eolo wind farm is estimated at more than 178 GWh/year which is equivalent to approximately 7% of all of Nicaragua’s annual electricity needs, and is expected to displace approximately 110,054 tons of carbon emissions per year.

“Mesoamerica is very pleased to be part of the team that made it possible to build this important project for Nicaragua, and the Central American Region,” indicated Luis Javier Castro , Managing Partner of Mesoamerica and Eolo’s other shareholder. Low cost, clean energy is the only way to advance in the development of our citizens while protecting the environment.”

During construction, approximately 400 jobs were created with approximately 40 full time positions required for ongoing operation, including direct employees and sub-contractors. Construction of the Eolo wind farm was completed ahead of schedule and within budget with first power being delivered to the grid in November 2012. The facility was successfully constructed using the technology and expertise of Gamesa Eolica S.L. which is also contracted to assist with maintenance of the facility.

Jay Gallegos , Managing Director of GME commented: “Our team is very proud to be a part of Nicaragua’s transition to a more renewable technology energy matrix. For this project to become a reality, we worked together with the Government of Nicaragua, development banks, industry participants, local stakeholders and project partners to make this project a reality. I would like to acknowledge the dedication of our staff & investors who worked tirelessly to bring the Eolo wind plant on line safely and on schedule. We look forward to establishing more wind power facilities in the near future.”