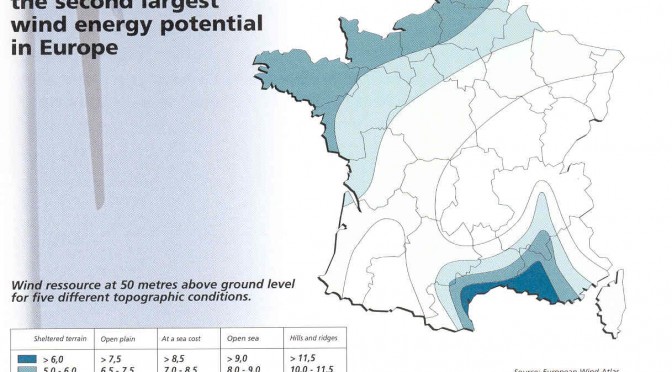 After a gloomy couple of years for the wind industry in France, a few glimmers of light have been spotted in recent weeks led by the adoption by the National Assembly of a bill proposed by the Socialist government to simplify measures that have been stymieing the development of the sector.

To boost the production of wind energy in France, help develop other renewable sources of energy and generally encourage the shift towards clean and efficient energy, the government is proposing to weight consumer energy bills according to household consumption from 2016. It has also put forward a raft of measures aimed at making it easier to set up wind farms.

The government proposal suggests a reward/penalty system for calculating consumer energy bills that will take into consideration the amount of energy used, the number of occupants in a household, geographical location, the type of heating system used and local climate conditions.

The law also includes plans to facilitate the construction of small wind farms with fewer than five turbines. Under existing laws, onshore farms must have a minimum of five turbines. This decision is critical if France is to meet its target of 25,000 megawatt installed capacity by 2020, says French renewable energy group SER. France