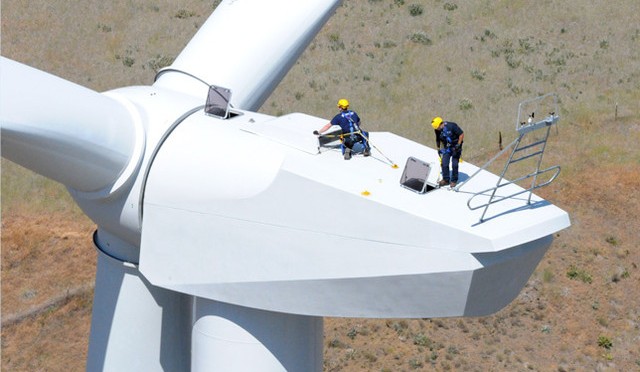 For many years, an unfounded assertion about wind power has thwarted the best of debunking efforts.

That is the claim that wind turbine sound–in particular “infrasound,” which normally cannot be heard, but which can come from wind turbines as well as many other sources in the natural and human environment–has some mysterious characteristic causing a wide variety of illnesses.

Government studies in the United Kingdom, Australia, Canada, and the U.S.–many of which you will find in the list of references below–have all found no evidence of any mechanism by which wind turbine sound could actually have a direct physical effect on the human body. Instead, as an independent panel of expert acousticians commissioned by AWEA and the Canadian Wind Energy Association (CanWEA) reported in late 2009, the evidence suggests that a person’s own psychological concerns (annoyance, fear, anger, etc.) are responsible for the symptoms reported by some wind project neighbors.

Now, two new studies–one from New Zealand appearing in a peer-reviewed journal, one from Australia released for comment prior to publication–have strongly bolstered this suggested explanation. In so doing, they point toward the conclusion that the power of suggestion, in the form of the spreading of unscientific, poorly documented “studies,” rumors about them, and anecdotal information, is far more likely to be responsible for the ailments complained of than wind turbine sound.

Taken together, the studies provide strong evidence that the maladies ascribed to wind turbine sound result from what is called the “nocebo” (like placebo) effect, in which individuals who are led to expect symptoms from some stimulus experience those symptoms whether the stimulus is actually present or not.

The first study, published in Health Psychology, a journal of the American Psychological Association, by Crichton et al., examined the question of whether symptoms could result from information given to subjects about wind turbine infrasound. The study’s abstract summarizes the procedure and findings:

“Method: A sham-controlled double-blind provocation study, in which participants were exposed to 10 min of infrasound and 10 min of sham infrasound, was conducted. Fifty-four participants were randomized to high- or low-expectancy groups and presented audiovisual information, integrating material from the Internet, designed to invoke either high or low expectations that exposure to infrasound causes specified symptoms. Results: High-expectancy participants reported significant increases, from preexposure assessment, in the number and intensity of symptoms experienced during exposure to both infrasound and sham infrasound. There were no symptomatic changes in the low-expectancy group. Conclusions: Healthy volunteers, when given information about the expected physiological effect of infrasound, reported symptoms that aligned with that information, during exposure to both infrasound and sham infrasound. Symptom expectations were created by viewing information readily available on the Internet, indicating the potential for symptom expectations to be created outside of the laboratory, in real world settings.”

The second study, by Simon Chapman, a Professor of Public Health at the University of Sydney, examines the timing and number of health complaints registered by neighbors, about turbine sound, over a 20-year period (1993-2012) at all of the 49 wind farms in Australia. Among Mr. Chapman’s findings:

– The number of those complaining amounted to just 1 in 272 residents within a 5-kilometer radius of the wind farms.

– Complaints were highly concentrated (81 of a grand total of 120 complaints filed) around five wind projects which have been heavily criticized by anti-wind groups.

– No complaints at all have been made about 31 of the 49 wind farms. According to Dr. Chapman’s report, “The 31 farms with no histories of complaints, and which today have some 21,530 residents within 5km of their turbines, have operated for a cumulative total of 256 years.”

Slate columnist Keith Kloor, in a recent article on the two studies and others, provides a number of useful links and examples of other cases in which the nocebo effect appears prevalent, such as the long-running scare about electromagnetic field (EMF) radiation. Concludes Mr. Kloor, “In the United States, paranoia over EMF seems to have died down in recent years, though there are plenty of dead-enders who still flog the issue. Those who might have been inclined to fret about the danger of power lines may now instead be focusing their fears on cellphones. (This subset of chronic worriers should know that everything gives you cancer.)”

The studies also help to explain:

– Why one self-published author, who coined the term “wind turbine syndrome” to describe the various physical complaints some neighbors of wind farms reported, has been unable to narrow the symptoms down to a specific list, as is commonly done with other medical conditions so that they may be diagnosed.

– Why the list of ailments, both human and animal, ascribed to turbine sound is so vast.