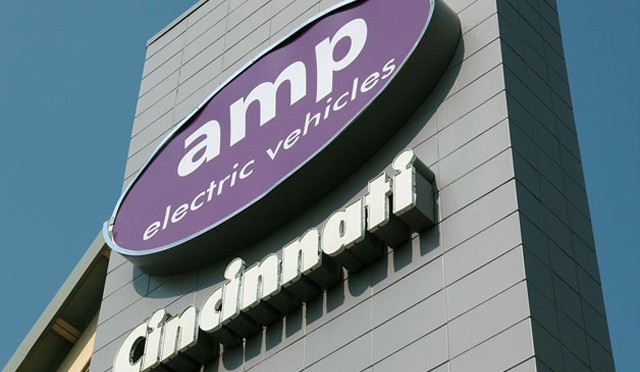 AMP Holding Inc., an OEM manufacturer of alternative fuel trucks, under the Workhorse® brand, announced today the addition of Bill Richardson, former Governor of New Mexico as the newest member of the Advisory Board of AMP Electric Vehicles.

“Bill brings extensive knowledge and a strong base of experience in the clean energy and transportation area,” said Steve Burns, AMP CEO. “He is deeply respected for his environmentally-conscious accomplishments and insights, both nationally and internationally, and we feel AMP will benefit from this very special Advisory Board addition.”

Richardson served for 15 years in northern New Mexico representing the 3rd Congressional District, and in 1997 served as the U.S. Ambassador to the United Nations under President Clinton. In 1998, he was unanimously confirmed by the U.S. Senate as Secretary of the U.S. Department of Energy.

“I am pleased to join AMP Electric Vehicle’s Advisory Board,” said Governor Bill Richardson. “In manufacturing Workhorse® alternative fuel trucks, AMP is a leader in the fleet EV category. I look forward to working with this industry pioneer to help accelerate the manufacturing and widespread use of new alternative fuel fleet vehicles.”

With the acquisition of the Workhorse® brand and factory facilities, AMP will be positioned to be the first truck OEM in the United States to offer a range of alternative fuel vehicles produced in an automated assembly plant. By offering an all-electric Workhorse® chassis along with gasoline-powered, and alternative-fuel powered models, AMP will become a premier OEM capable of building alternative fuel vehicles for the commercial market. AMP’s vehicles will be sold and supported through the existing Workhorse® network of 440 dealers.
AMP Holding is the parent company of Amp Electric Vehicles, a manufacturer of electric drive systems for medium-duty class 3-6 commercial truck platforms. AMP Electric Vehicles, Inc. was founded in 2007 by entrepreneurs who have created several hi-tech companies. The AMP team is comprised of top automotive industry veterans and business executives. AMP has been focused on the electrification of fleet vehicles, including medium-duty class 3-6 trucks and vans. Over the past several years, the company’s vehicle electrification technology has provided new solutions to America’s energy demands. For additional information visit http://www.ampelectricvehicles.com