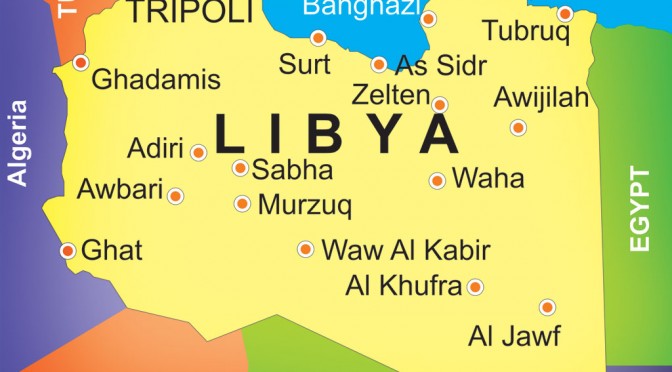 A study led by the university’s School of Architecture, Design and the Built Environment found that the oil-rich nation Libya could generate enough renewable power to meet its own demand and a “significant part of the world energy demand by exporting electricity”.

Libya is located on the cancer orbit line and is exposed to the sun’s rays throughout the year with long hours during the day.

Researcher Dr Amin Al-Habaibeh, who is leading the Innovative and Sustainable Built Environment Technologies research group at the university, said: “Although Libya is rich in renewable energy resources, it is in urgent need of a more comprehensive energy strategy. It is difficult to break the dependency on oil and natural gas, not just in terms of the country’s demand for it, but also in terms of the revenues that it generates.

“Renewable energy technology is still in its early days in Libya and a clear strategy and timetable is needed to take it forward. In particular, work needs to be done to develop the skills and knowledge needed to install and maintain renewable energy systems.”

The study also found that Libya has the potential to generate significant amounts of wind power, as the country is exposed to dry, hot and prolonged gusts.

“Wind energy could play an important role in the future in meeting the total electric energy demand,” added Ahmed Mohamed, a Nottingham Trent University PhD student, from Libya, who worked on the project.

“Several locations, including a number along the coast, experience high wind speeds which last for long periods of time.

“If Libya could harness only a tiny fraction of the renewable energy resources it has available in the form of solar and wind power, not only could it meet its own demands for energy, but also a significant part of the world’s demands by exporting electricity.

“The availability of renewable energy could provide a good complement to meet peak loads and current energy demand, and this in turn can be a good reason for encouraging wind and solar energy projects in Libya.”

Dr Hafez Abdo, a senior lecturer in accounting at Nottingham Business School, who also supervised the study, added: “This study tackles a significant emerging issue that is related to the feasibility of implementing renewable energy options in an oil and gas rich country such as Libya. The study explores whether the benefits outstrip the costs of implementing these options, and if not then when this would be likely to happen.

“This study can be applied to other countries such as the UK as an oil producing country and Japan, for example, as a net oil and gas importer country. The significance of this study arises from the fact that the final results should be a stepping stone for other studies to find a sufficient solution to energy security and climate change in the world.”