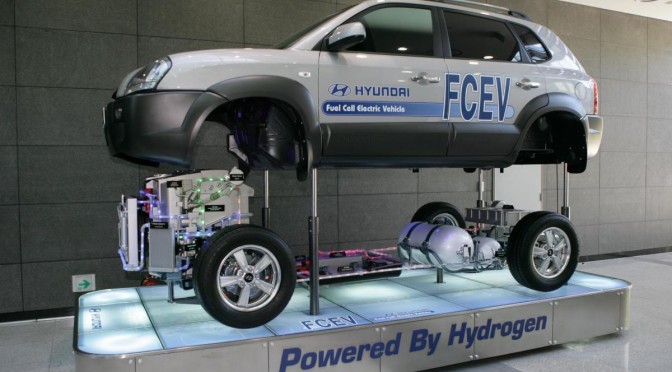 Hyundai Motor will mass produce fuel cell cars powered by hydrogen for the first time across the globe.

The ix35 Fuel Cell vehicle, the hydrogen-powered version of Hyundai’s Tucson sport utility vehicle (SUV), will be mass produced starting Friday, according to an e-mailed statement.

By rolling off the assembly line at its plant in the southeastern city of Ulsan, Hyundai will become the world’s first automaker to begin mass production of zero-emissions, hydrogen- powered vehicles for fleet use.

“With the ix35 Fuel Cell vehicle, Hyundai is leading the way into the zero-emissions future,” Kim Eok Jo, Hyundai’s vice chairman, said at the ceremony. “The ix35 Fuel Cell is the most eco-friendly vehicle in the auto industry and proves that hydrogen fuel cell technology in daily driving is no longer a dream.”

Hyundai plans to produce 1,000 units of the fuel cell car by 2015 for lease to public and private fleets, primarily in Europe, where the EU has established a hydrogen road map and initiated construction of hydrogen fueling stations. 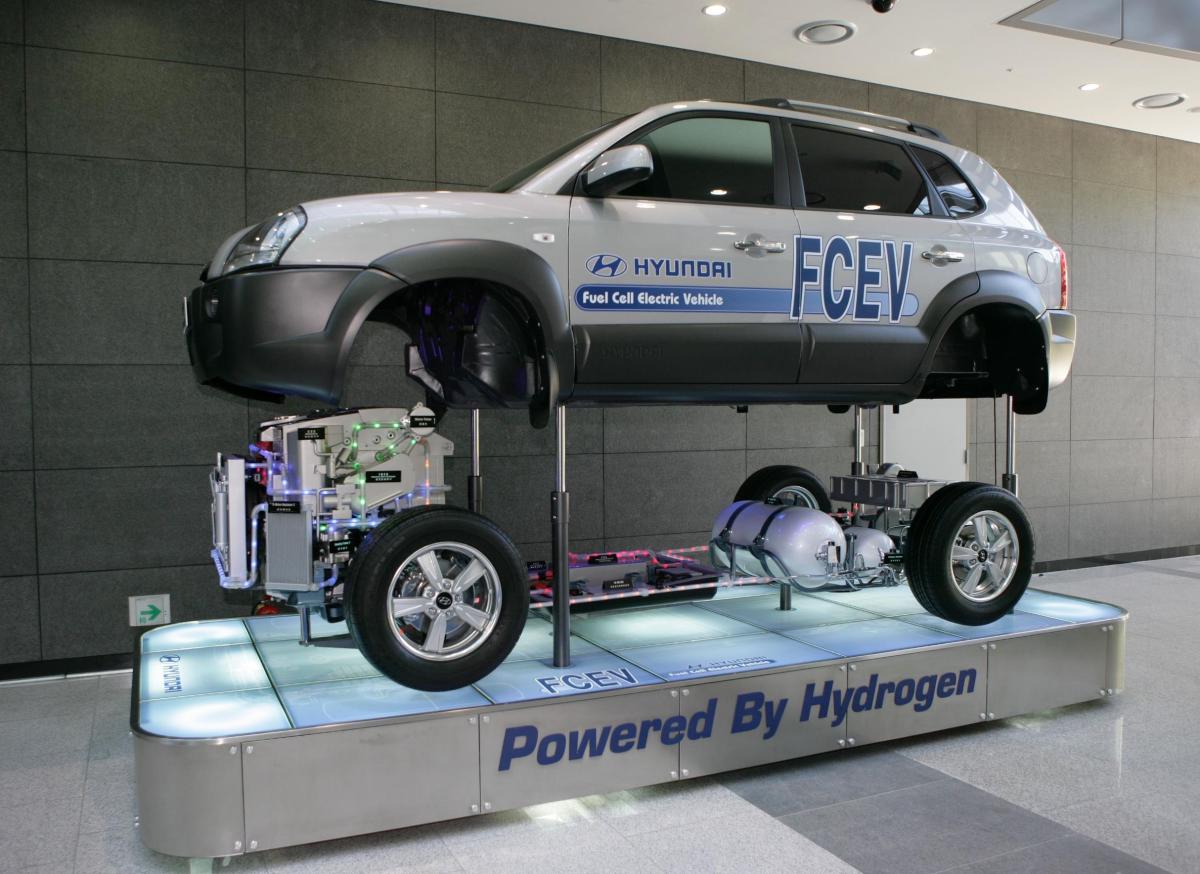 The company will begin manufacturing hydrogen fuel cell vehicles for consumer retail sales after 2015 when the hydrogen infrastructure such as refueling stations and lower production costs are expected to come.

Fuel cell cars emit only water as it converts hydrogen into electricity. As governments around the world step up regulations on greenhouse gases stemming largely from the current internal combustion engines, dependency on fuel cell cars are expected to increase.