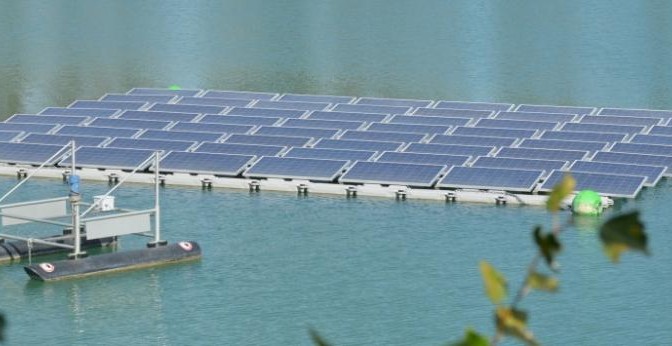 It’s waterborne systems are, in fact, good news for the water bodies that support them.

Ciel et Terre has teamed up with Kolkata-based Klystron Electronics Pvt Ltd to float its solar power generators in the Eastern and North-Eastern regions, both of which have several water bodies.

In the backwaters of Kerala, the firm plans to move in alone.

Gautam Ghosh, Executive Director of Klystron told that a pilot project on a 0.5 acre privately-owned pond in the Hoogly district of West Bengal has been planned.

“The system, which floats on PVC structures and can cover 70 per cent of the water body, will generate enough power to run the pond owner’s rice mill nearby,” Ghosh said.

The 100-kilowatt solar power plant will also have aeration facility through circulators that will improve water quality. According to the European Business and Technology Centre (EBTC), which “facilitated” the technology partnership, land, energy and water have been issues of prime concern across Eastern India. The innovative French technology “provides a simple solution to a complex problem.”

Klystron has signed a memorandum of understanding and a formal agreement is scheduled in April. “We have been assigned the job of marketing, erecting, testing and commissioning the systems in three key regions including the Northern region,” Ghosh added.

Factors critical to this project’s success are include building a local supply chain, attaining an appropriate power purchase agreement, and building networks with power plant investors and operators.

The company plans to tap industrial users and utilities for captive power generation as well as wastewater management.