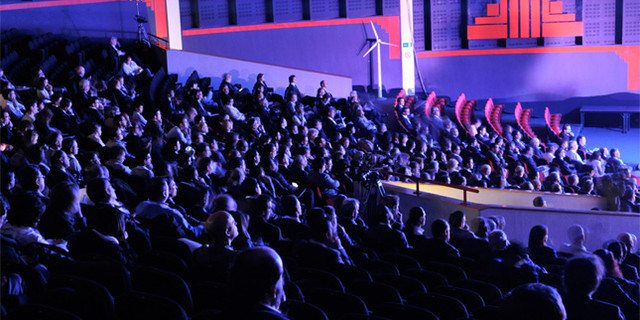 Wind power reached a significant milestone in Europe last year, surpassing 100 GW of installed capacity. And, with some of Europe’s mature wind energy markets slowing down, where does wind power go from here and what is holding its further development back?

Artur Trindade, Portuguese Secretary of State for Energy, said that we need to stop thinking of wind energy on a national or even regional basis but instead on a Europe-wide level. “We need to increase the size of the market: we should start thinking about continental markets to optimise supply and demand.”

Speaking at EWEA 2013 in Vienna, Trindade said that market barriers in the electricity market and grid congestion were two significant obstacles to this. For example, between Portugal and Spain there are good electricity interconnections, but to France and therefore to the rest of Europe, connections are poor.

“France is not cooperating, we cannot cross the country which influences our capability to cooperate with central EU states,” he said.

“European network decisions should not be left to EU Member States alone: you should scale up decision making”, he added.

Rasmus Vinge, Head of Renewables at Danske Commodities, backed this view by calling for liberalised energy markets across Europe to drive network building and relieve congestion.
Other panelists at the high-level debate on the critical issues in wind power sector which took place in Vienna this morning, identified the lack of stability in national support schemes across Europe as a hurdle – a major theme of day one at EWEA’s Annual Event.

“Support schemes are very relevant for the decision on which markets to invest in,” Thomas Torda, CEO of Energie Burgenland Green Power Austria, said. “In Austria the Feed-in Tariff is very stable and this has led to a doubling of wind power capacity in recent years,” he said. On the other hand, countries like Hungary are unpredictable. In 2006/7 Energie Burgenland Green Power secured a good FiT for a Hungarian wind farm, “but since 2009 we don’t know if there’s a tariff or not,” he said.

Artur Rozycki, CEO of ENEA Operator, identified another form of government-related uncertainty: there is a very unclear law on electricity connection, he said. “Renewable energy in Poland is a paradise for lawyers,” he said. “We are at the limit for onshore wind connection in Poland, we need to invest billions in electricity extension,” he added.