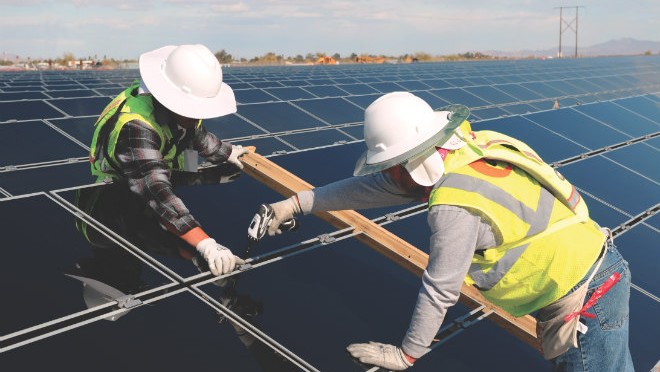 First Solar, a large thin-film solar manufacturing company based in Tempe, Ariz., recently announced that it had bought a large solar power plant that was being developed in New Mexico. When completed, the 50-megawatt Macho Springs Solar Park plant will be the largest solar power plant in the state.

The Macho Springs Solar Park will be constructed using First Solar’s thin-film photovoltaic modules and is expected to be completed next year, according to a joint press release. In trying to figure out what accounts for such record prices, I can only imagine it has to do with the technology. First Solar says its modules work more efficiently in hotter climates than conventional multicrystalline silicon photovoltaics. Efficiency definitely pays off.

What’s seriously newsworthy here is that utility-scale solar has finally crossed the 10-cent per kilowatt hour threshold. There’s no clean energy panacea, but it looks like coal advocates have just been dealt a serious blow.

The prices emerged from a power purchase agreement or PPA that First Solar is working on with the El Paso Electric Company. Expected to be signed in June, the proposed contract calls for the solar power plant to sell electricity for 5.79 cents per kilowatt hour, according to PV Magazine.