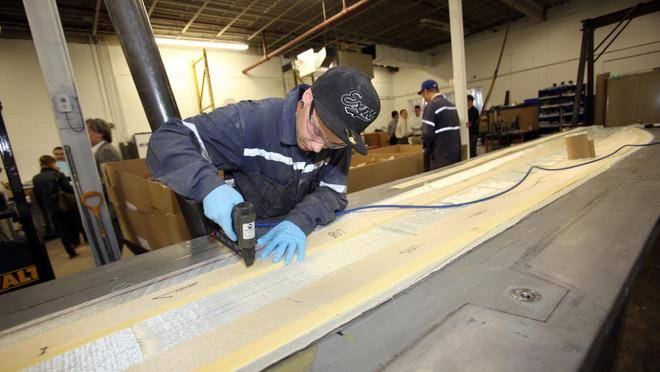 Fair winds in Jamaica could soon be turning turbines made in Nova Scotia and providing island farmers with green power.

“I feel confident this will yield millions of dollars in sales,” Bruce Thompson, wind energy project developer with Seaforth Energy of Dartmouth, said Wednesday in an interview from Kingston, Jamaica.

Thompson was in the Jamaican capital to sign a memorandum of understanding with the Jamaica Agricultural Society that could give island farmers access to clean electricity supplied by Seaforth’s AOC 15/50 wind turbines.

The turbines, which cost $340,000 each, have been installed in Siberia, the United Kingdom, Italy, the Dominican Republic, India and at an agricultural testing facility at Gurteen College in Tipperary, Ireland.

Thompson said there is a great deal of interest in lowering Jamaica’s electricity costs, which are three times higher than in Nova Scotia.

Thompson couldn’t say how many Seaforth wind turbines may eventually be built in Jamaica, which now relies heavily on diesel fuel for its electricity.

But Thompson said there is financing available that would allow Jamaican farmers, who may be able to sell excess power to the Jamaican electricity grid, to participate in the program.

The memorandum of understanding resulted from a 2012 trade mission, he said. The Atlantic Canada Opportunities Agency and Nova Scotia Business Inc., the province’s economic development agency, sponsored the mission.

“Seaforth is looking to expand its markets.”

Society spokeswoman Camille Beckford called the agreement with Seaforth a “win-win” for island farmers since it will reduce energy costs while providing a clean energy alternative.