ACCIONA Energy has put the 30-megwatt Jelinak wind farm into service, its first in Croatia thus continuing its expansion in international markets. ACCIONA is also a pioneer as the first Spanish wind power company to develop a project in the country.

Located in the region of Split-Dalmatia, in north-western Croatia, the Jelinak wind farm consists of twenty 1.5 MW wind turbines of ACCIONA Windpower technology.

It will produce 81 million kilowatt-hours per year, capable of covering the consumption of over 30,000 Croatian homes and replacing fossil fuel equivalent to around 48,000 barrels of oil a year.

The clear energy generated by Jelinak will avoid the emission of 77,841 metric tons of CO2 to the atmosphere from coal-fired power stations, with a cleaning effect on the atmosphere equivalent to that of almost four million trees.

With this first wind farm in Croatia, ACCIONA takes another step forward in the process of internationalization of its Energy Division, which already has operational facilities in 14 countries and projects awarded or at an advanced stage of development in other five. According to provisional figures, 34% of the company’s total installed wind power capacity was out of Spain at the end of 2012.

Croatia offers interesting prospects for wind power development thanks to its energy dependency, the major role played by fossil fuels in its electricity mix and its imminent membership of the European Union (planned for July 1st 2013). This means that the country will need to align with EU policy on energy and climate change, which involves achieving a target – among others – of 20% of its final energy from renewable energy sources by 2020. 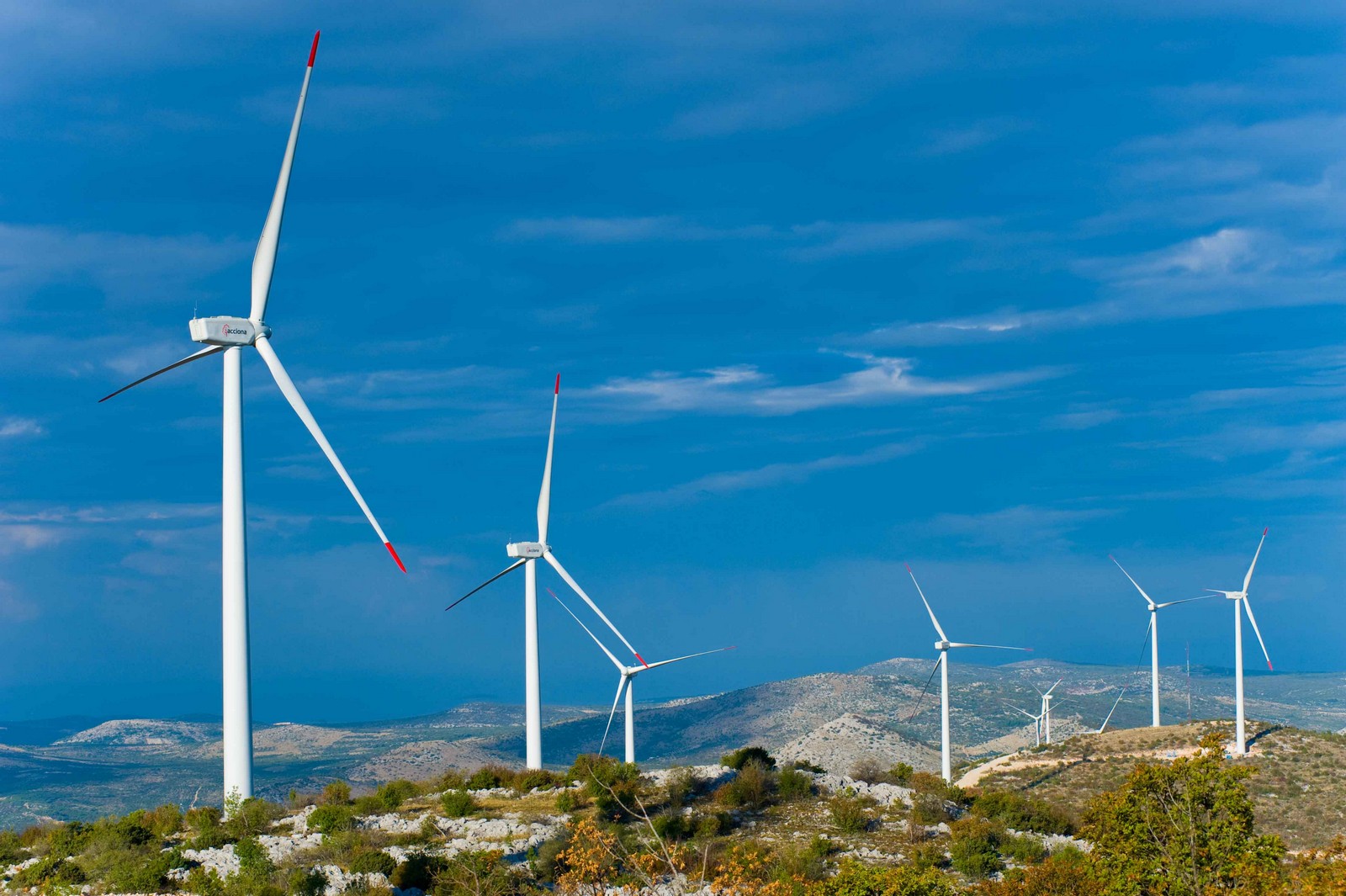 At present Croatia imports more than 50% of its primary energy and over 25% of the electricity it consumes. The country’s electricity generation mix is basically made up of fossil fuels (gas, fuel-oil and coal) and hydroelectric plants, while the contribution of wind power and other renewables remains testimonial, below 2%.