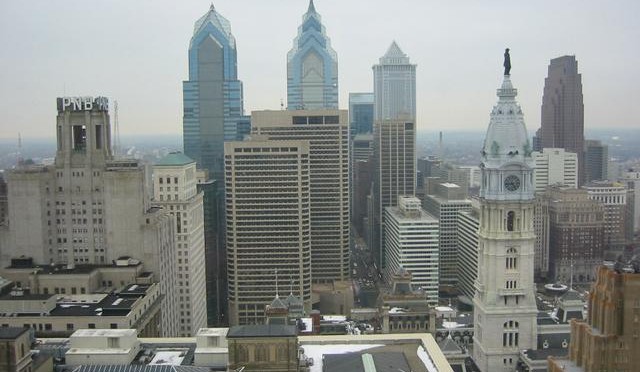 Veolia Energy North America, a leading operator and developer of efficient energy solutions, today commemorated the completion of the company’s multi-million dollar investment in its Philadelphia district energy network to convert it to 100 percent ‘Green Steam’.

The Green Steam project featured the installation of two new rapid-response boilers and an expansion of Veolia Energy’s natural gas pipeline, which in turn will reduce the City’s carbon footprint, while improving the long-term cost competitiveness of the network, supporting the City’s growing central business and university city districts.

During a ribbon-cutting ceremony to commission the new state-of-the-art boilers and the completion of the pipeline expansion, Veolia Energy officials were joined by the Honorable Michael A. Nutter, along with several other state and local leaders, who reflected on several of the project’s benefits including the significance of the associated greenhouse gas emission reduction.  The Green Steam project will further reduce the carbon footprint of Philadelphia by 70,000 metric tons each year.

“Using Greenworks Philadelphia as our guide, the City of Philadelphia is committed to become the greenest city in the United States in 2015,” said Mayor Nutter.  “Veolia Energy has proven to be a strong partner with the City.  The completion of this project marks an important step forward in the achievement of our Greenworks goal of reducing greenhouse gas emissions by 20 percent. In addition, by ensuring a reliable and competitive energy resource, these investments will fuel growth in our vital central business and university city districts.”

“Veolia Energy’s project will make a great addition to the fuel mix in Philadelphia,” said Robert Powelson, Chairman of the Pennsylvania Public Utility Commission.  “The best way to reduce our carbon footprint is to use a variety of sources to generate energy and the ‘Green Steam’ initiative will help accomplish this to the benefit of Philadelphia’s business owners and residents alike.”

“Philadelphia has shown true dedication and leadership by embracing renewable and energy efficiency solutions that will benefit the entire community.  We are proud to have Mayor Nutter join us today to celebrate the completion of this project as we share the City’s commitment to the environment. We are delighted to help reduce Philadelphia’s carbon footprint,” said William J. DiCroce, President and CEO of Veolia Energy North America.  “Green Steam delivered via our district energy network is an extremely efficient solution that will provide significant economic and environmental benefits to Philadelphia businesses and residents for many years to come.”

In Philadelphia, Veolia Energy’s district energy network serves more than 500 buildings from three steam production facilities and one chilled water facility.  Veolia’s 163-megawatt cogeneration / combined heat and power (CHP) facility is an efficient plant that recycles the waste heat from its power generation process into useful thermal energy.  The simultaneous production of electric power and steam significantly reduces the resulting air emissions and the total amount of fuel burn that would otherwise be required from the separate production of these two forms of energy.

Veolia Environnement (Paris Euronext: VIE and NYSE: VE) is the worldwide reference in environmental solutions. The company has operations all around the world and provides tailored solutions to meet the needs of municipal and industrial customers in the complementary segments of water management, waste management, and energy management. Veolia Environnement recorded revenue of $38.4 billion in 2011 and was ranked second in the worldwide utilities sector in Newsweek magazine’s Green Rankings 2012. www.veolia.com.