Money. We’d all like to have more of it. But times are hard and finance is difficult to come by – a fact the wind energy sector is no stranger to.

Banks are holding back, government support for renewables is wobbling, and the wind sector waits. But it’s not all bad. As in many tough times, new ideas emerge, new ways of financing the carbon-free electricity generation of the future come forth, and it’s exactly these new patterns that the latest edition of EWEA’s Wind Directions magazine sets out to explore. 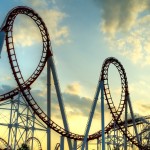 Leaf through the eight-page focus to glean insight from the experts including Tom Murley from HG Capital who talks frankly about bank lending to wind projects, and Toben Möger Pedersen from PensionDanmark who reveals his company’s plans for significant investments in wind power. And learn what the financial crisis has meant for wind energy over the last few years, and what the future could hold.

Don’t shy away from the issues; uncover what the wind energy sector itself needs to do, read Wind Directions now.