Participants at the 2012 African Economic Conference (EAC) have been told to encourage investment in wind power and other forms of renewable energy to increase access to electricity among Africans.

Presenting a paper on wind energy development, Emelly Mutambatsere an expert with the African Development Bank, said that Africa is faced with the challenge of generating more power to meet existing and future demand with over half a billion people in the continent with no access to electricity.

But despite the daunting gap, Mutambatsere noted that for many countries, an opportunity exists to enhance energy production in a clean and sustainable manner because the continent is well endowed with renewable energy resources. 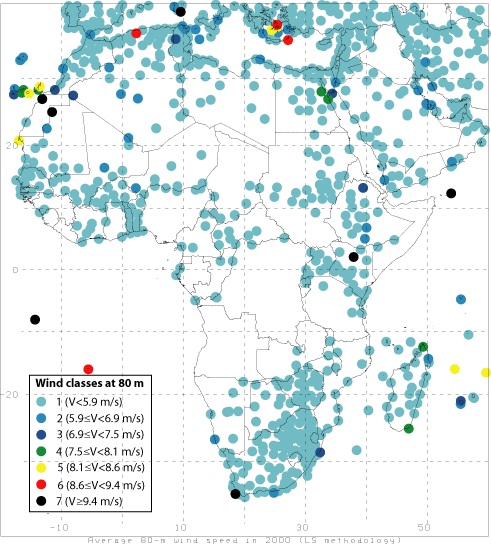 Mutambatsere’s assertion is backed by the 2010 World Energy Council (WEC) report which said that Africa’s reserves of renewable energy resources are the highest in the world, and that the continent has enough renewable energy potential to meet future demand.

About 18 of the 35 developing countries ranked highest in renewable energy reserves, are in Africa.

“So with all this potential, what’s stopping us?” he asked? 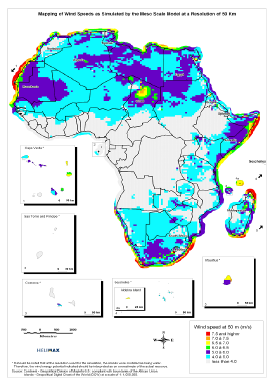 President Paul Kagame who spoke earlier urged Africa to invest more in key sectors that would stimulate growth and result to sustainable development with energy and infrastructure being at the fore.

“The disparity between potential and extent of exploitation raises questions about constraints to development of wind energy on the continent.”

Experts further say that while global wind-based electricity generation is still globally underdeveloped compared to exploitation of other renewable sources such as hydro, it has grown at an average annual rate of about 30% between 1996 and 2008–making wind one of the world’s fastest-growing energy resources in terms of both coverage and technological innovations.

“The growth reflects mainly advances in technology and energy security concerns in a decade that saw some of the highest oil prices recorded in history,” said Mutambatsere.

Despite the positive trends, experts noted that installed generation capacity of wind-based electricity in Africa, of about 1,000 MW in 2010, does not exceed the 0.5% of global capacity.

“The disparity between potential and extent of exploitation raises questions about constraints to development of wind energy on the continent. The absence of detailed information at individual project level further restricts developers and policymakers’ understanding of the market,” he added.

In Rwanda, the government is investing heavily in energy production with the target being to generate over 1,000MW of electricity from all sources by 2020.

Electricity remains one of the key major impediments to investors as its unit cost remains high pushing up the general production overheads.

Rwanda believes that by having electricity in excess, it can be provided at lower prices to bolster industrialization and increase the economic activities key to achieving sustainable growth and development.

While there’s optimism that the installed capacity for wind will increase twelvefold over the next decade, in line with global trends in renewable energy development and technological innovations, its contribution to Africa’s electricity generation will remain very limited at 2% of all generated electricity in Africa by 2030, according to International Energy Agency’s 2010 projections.

What came as a more shocking revelation was that wind installed capacity in Africa is not only small but also concentrated in three countries–Egypt, Morocco and Tunisia accounting for 99%.