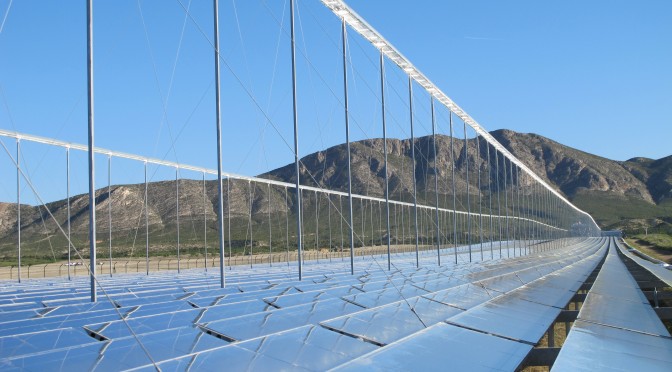 PE2’s 30MW electrical output is generated exclusively by solar power and will produce approximately 50 million kW hours of electricity per year. Annually, this equates to a reduction of carbon dioxide emissions of over 16,000 metric tonnes and enough clean energy to power 12,000 Spanish households.

Novatec Solar was the EPC contractor for the project and was responsible for the construction and commissioning of PE2. The Spanish UTE Errado PE2, a TSK and OHL joint venture, built the balance of plant.

The plant is registered under the “Special Regime” established by the Spanish Royal Decree RD 661/2007 and will operate under the Spanish feed-in tariff system. “The successful commissioning of PE2 is a major milestone for Novatec Solar,” says Guido Belgiorno-Nettis AM, Chairman of the Shareholders Committee of Novatec Solar. “It confirms the reliability, competitiveness and scalability of our Fresnel technology. In partnership with ABB, we look forward to continuing to introduce our solar boiler technology into our target markets.”

The PE2 solar boiler consists of 28 rows of linear Fresnel reflectors, each approximately 950 meters long. The mirrors, which are installed approximately one meter above ground, reflect the sunlight onto a receiver located eight metres above the ground. Sunlight heats up the water in the receiver and turns it to steam, which powers two 15MW turbine generator units. The plant is connected to the Spanish electricity grid. Air-cooled condensers are used to recirculate water back to the solar boiler in order to conserve valuable water in this arid region. Mirror cleaning is performed by automated cleaning robots that use very little water.

The Novatec Solar technology has wide application. It can be applied in solar-only CSP power stations and is also suitable in gas and coal fired power plants as a fuel saver and in industrial facilities requiring process heat e.g. enhanced oil recovery. It uses less material than existing solar thermal technologies; fabrication of the solar field components is highly automated and installation is straightforward. Importantly, the plant uses much less land and water than other solar thermal technologies. The result is a more cost effective generation of solar thermal energy with less environmental impact.