Reuters is reporting that Deepwater Wind is working to build the first U.S. wind farm off Rhode Island.

Deepwater Wind is racing to build the first U.S. offshore wind farm off Rhode Island and hopes to parlay that into a string of East Coast farms.

The privately held U.S. wind power developer plans to begin construction of the $250 million, 30-megawatt (MW) Block Island project by early 2014, ahead of a farm proposed by Cape Wind long expected to be the nation’s first offshore facility.

The project, powered by five Siemens 6-MW turbines, will generate enough electricity for about 10,000 homes in Rhode Island. A U.S. unit of UK power company National Grid PLC will buy power from the Block Island wind farm for its Rhode Island customers. 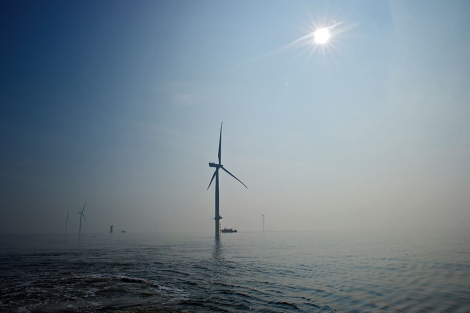 The company is also planning other projects off the Atlantic Coast, with three 1,000-MW projects currently in the works, each capable of powering about 350,000 homes. Rhode Island was not the first state to consider the clean energy prospects offered by offshore wind farms, but it moved decisively over the past few years after concluding offshore wind should be part of its energy mix.