The problem, according to a study [PDF] in the Journal of Industrial Ecology: Making electrical vehicles exacts a much higher environmental toll than making internal combustion engine vehicles (ICEVs).

It’s a no-brainer that it’s better to charge electric vehicles with clean energy rather than the dirty stuff.

But a new study makes the case that when powered by a conventional grid mix — or, worse yet, by electricity produced largely from burning coal — EVs aren’t just not so good; they’re a big environmental loser. 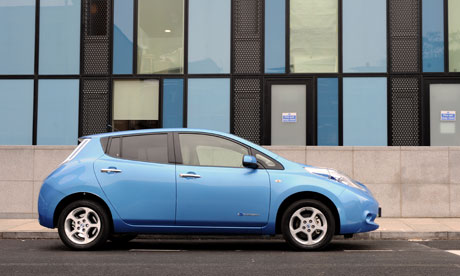 A study by engineers based at the Norwegian University of Science and Technology has questioned some common assumptions about the environmental credentials of electric cars.

Published this week in the Journal of Industrial Ecology, the “comparative environmental life cycle assessment of conventional and electric vehicles” begins by stating that “it is important to address concerns of problem-shifting”. By this, the authors mean that by solving one problem, do electric cars create another? And, if so, does this environmental harm then outweigh any advantages?

The study highlights in particular the “toxicity” of the electric car’s manufacturing process compared to conventional petrol/diesel cars. It concludes that the “global warming potential” of the process used to make electric cars is twice that of conventional cars.

The study also says – as has been noted many times before – that electric cars do not make sense if the electricity they consume is produced predominately by coal-fired power stations. “It is counterproductive to promote [electric vehicles] EVs in regions where electricity is produced from oil, coal, and lignite combustion,” it concludes.

Although EVs are an important technological breakthrough with substantial potential environmental benefits, these cannot be harnessed everywhere and in every condition.

“EVs exhibit the potential for significant increases in human toxicity, freshwater eco-toxicity, freshwater eutrophication, and metal depletion impacts, largely emanating from the vehicle supply chain,” the study’s authors, from the Norwegian University of Science and Technology, say in a summary of the report.

Later they write: “The supply chains involved in the production of electric powertrains and traction batters add significantly to the environmental impacts of vehicle production.”

The authors acknowledge that even if electric vehicles are using non-clean energy sources, they can help improve local air pollution, but this amounts to “moving emissions away from the road rather than reducing them globally.”

What makes manufacturing electric vehicles so problematic? It’s the batteries, mostly. The study says around 40 percent of the global warming potential (GWP) impact of electric vehicle production comes from making the battery, whether it’s a lithium iron phosphate (LiFePO4) or lithium nickel cobalt manganese (LiNCM) battery. In the end, the authors write: “We estimate the GWP from EV production to be 87 to 95 grams carbon dioxide equivalent per kilometer (g CO2-eq/km), which is roughly twice the 43 g CO2-eq/km associated with ICEV production.”

There are also issues in getting the raw materials that go into the EVs, increasing what the authors call the “human toxicity potential” (HTP) of the production process.

To make their comparisons, the study authors used identical theoretical base vehicles and then plugged in either an electric powertrain or internal combustion engine. The researchers then analyzed each vehicle’s impact throughout its entire life cycle – the production, use and end-of-life phases – using different fuel inputs (European average electricity or natural gas- or coal-sourced electricity for the EVs; gasoline or diesel for the international combustion car).

“Our results clearly indicate that it is counterproductive to promote EVs in areas where electricity is primarily produced from lignite, coal or even heavy oil combustion,” the study says. Even natural gas as a source of electricity to power EVs isn’t great: “Only limited benefits are achieved by EVs using electricity from natural gas.”

“(T)he combination of EVs with clean energy sources would potentially allow for drastic reductions of many transportation environmental impacts, especially in terms of climate change, air quality, and preservation of fossil fuels,” the researchers say.

Previous studies have linked the environmental payback of EVs to the source of the electricity used to power them, so in a sense this study is telling us something we already know. ??But by pointing to what could be significant impacts in the production of the vehicles, it ups the ante: It isn’t just a good thing for EVs to run on electricity from clean sources, it could be vital if they are to be considered an environmentally sound choice.