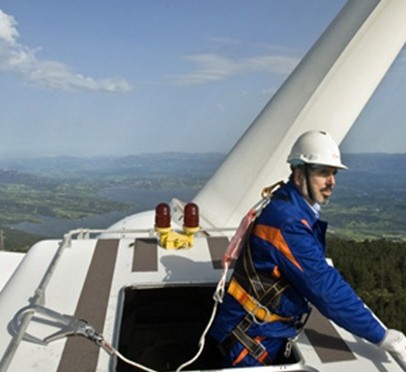 Enel Green Power España has connected to the grid the new Acampo Hospital wind farm in the province of Zaragoza (Aragon). With a 5.4 MW installed capacity, the fully-operational facility will generate over 19 million kWh annually.

The fully-operational “Acampo Hospital” wind farm, located in the province of Zaragoza, will generate over 19 million kWh a year.

The clean energy produced by the three 1.8 MW wind turbines at Acampo Hospital will avoid annual atmospheric emissions of over 14 thousand tons of CO2, saving around 7 thousand tons of oil equivalent (TOE).

The wind farm was envisaged within the framework of International Expo Zaragoza 2008, an event which focused on water and the sustainable use of this resource. Several facilities, including the Acampo wind farm, were designed in order to reach the event’s objective of 100% sustainability. Acampo Hospital was then purchased by Enel Green Power España as a part of a public tender and subsequently developed by the Company.

The new wind farm – one of the last plants scheduled in the Pre registro, in line with the Company’s business plan –   adds further renewable capacity to the 275 MW Enel Green Power already operates in the autonomous community of Aragon and the total of 1,828 MW it operates in Spain and Portugal.

The company generated 22.5 billion kWh in 2011 from water, sun, wind and the Earth’s heat – enough to meet the energy needs of more than 8 million households and avoid the emission of over 16 million tons of CO2 into the atmosphere.

Enel Green Power is a world leader thanks to its well-balanced generation mix, providing generation volumes well over the sector average. The Company has an installed capacity of over 7,500 MW from a mix of sources including wind, solar, hydroelectric, geothermal, and biomass. Currently, EGP has over 680 operational plants in 16 countries in Europe and the Americas.