The American Wind Energy Association said the layoffs are among thousands expected as a result of the Production Tax Credit’s expiration.

In just over one month, wind power manufacturers in the U.S. have announced layoffs of more than 1,130 workers around the country.

The layoffs come in states such as Colorado, Florida, and Iowa that are considered “battlegrounds” in national elections.

The announcement blamed industrywide contraction and federal inaction over the Production Tax Credit, a key wind energy subsidy set to expire at the end of the year.

U.S. demand for new wind power is likely to fall by 70 percent in 2013, the announcement stated, forcing the company to cut workers.

“LM Wind Power will continue to retain a strong commercial, manufacturing and service presence in the Americas region with over 740 employees at four strategic locations across Arkansas, North Dakota, Illinois and Texas,” the announcement said.

LM is headquartered in Denmark and has had a Grand Forks facility since 1998. The company had 900 employees in 2007.

LM Wind Power, one of Grand Forks’ largest manufacturers, announced Tuesday that it would lay off more than half of its workforce.

The reductions include 200 full-time production workers, 15 administrative staff workers and approximately 130 temporary workers and contractors, according to the company’s statement.

LM’s remaining workforce is 270, according to Dan Gordon, the company’s human resources manager. The laid-off workers will stay on the job until Nov. 30.

Earlier this month, Minnesota-based Otter Tail Corp. sold its West Fargo wind turbine plant to Trinity Industries of Dallas. The new owner has not announced what its plans are for the plant’s 216 workers. Otter Tail also announced plans to sell its Oklahoma plant, employing 167.

LM also announced in August that it would lay off 134 workers at its Little Rock, Ark., facility.

Job Service North Dakota is putting together a response plan for the laid-off workers that would include events where job seekers can meet prospective employers.

The PTC, created in 1992, provides a 2.2-cent tax credit per kilowatt-hour of wind energy generated. 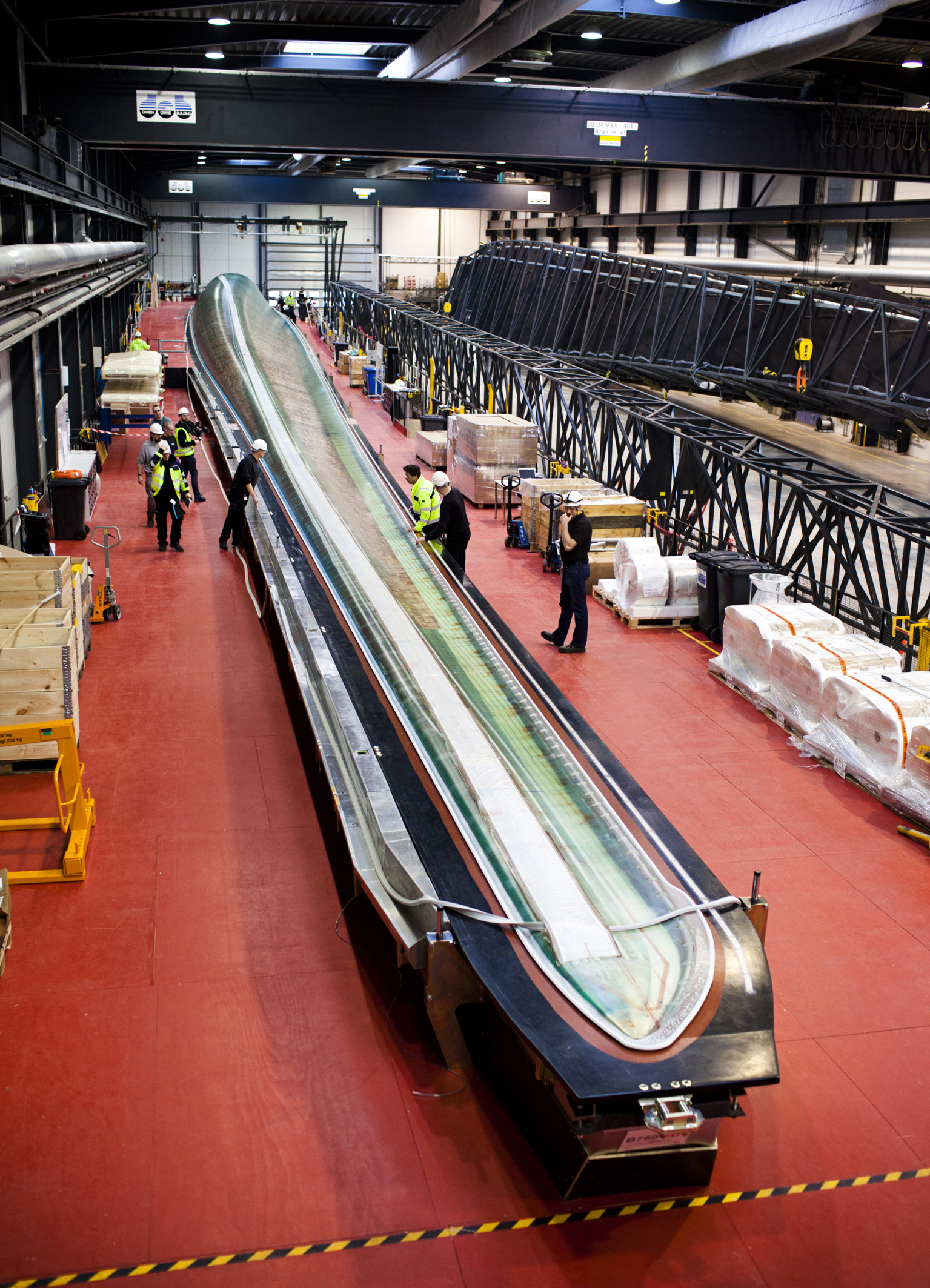 So far this year, companies in Arkansas, Colorado, Florida, Iowa, Kansas, North Dakota, Ohio, and Pennsylvania have all cancelled projects or laid off workers. In the last month alone, more than 1,334 manufacturing workers have lost their jobs. That tally comes from individual announcements made by companies since late August.

The world’s largest wind manufacturer, Vestas Wind, says it may lay off 1,600 American workers in the next year if the production tax credit is not extended. That temporary credit offers owners of wind farms 2.2 cents for every kilowatt-hour of wind generated. The American Wind Energy Association says the credit has helped raise $20 billion in private investment over the last five years, supporting 75,000 jobs.

However, according to analysis from a prominent consulting firm, the wind industry could shed up to 37,000 jobs if the wind tax credit is not extended past 2012.

As the layoffs continue, extension of the credit has become a major issue in the presidential campaign. President Obama wants to extend the credit; Republican challenger Mitt Romney wants to end it. Romney’s stance has raised major concerns from fellow Republicans who live in states where wind has been a major economic driver. According to the American Wind Energy Association, 81 percent of wind projects are installed in Republican districts.

Some voters are also saying that wind energy will play a role in how they cast their votes in the November elections.

According to AWEA, industry investments dropped by 73 to 93 percent following previous lapses of the credit. The expectation, if there is another expiration, is a drop of 65 percent. However, the most recent lapse was in 2004, and the industry has grown since then, Salerno said.